Patti Davis: How I Remember My Mother Nancy Reagan

Davis with her mother in Bel Air, Calif., in 2006
Harry Benson
Ideas
By Patti Davis

In 1971, when I was in my first year of college at Northwestern University in Chicago, my mother told me she was going to be in New York for a few days. She was staying at the Waldorf Astoria, and I asked if I could come see her. Not only had I never been to New York before, I had never asked my mother if I could travel across miles to spend time with her. Our war-torn history went back a long way. My surliness had clashed with her impatience for so long; we were like America and Russia in the depths of the Cold War.

But I needed her right then–I needed her to be a mother. My mother. I needed her to listen to me, not judge me, to understand that I was in pain. I don’t know why I was so certain she would do all those things, but I was.

Sitting with her high above the streets of Manhattan on a winter day, I told her I had been having an affair for nearly two years with my high school English teacher. He left my boarding school the same year I did, started teaching at a Midwestern college, and the idea was that we would be close enough geographically that we could still see each other. I had waited for his call all night in my Northwestern dorm room, when he said he would be arriving by train. He never showed up, never called; he stood me up and made a fool of me as he had many times before. On that long night I finally grew up enough to say it was over. I had wasted time on a fantasy that never had any possibility of materializing.

I can see my mother now as if it just happened days ago, not decades. Gray light spilled through the hotel window. She was wearing a chocolate brown sweater and a wool skirt. She was color-coordinated with the furniture. Her diamond wedding ring looked muted in that light. Her face, as I talked, was soft and tinged with tenderness. I realized she already knew.

“I’ve known for a long time,” she said finally.

My parents had come to my Arizona high school and had met my English teacher. She’d intuitively figured it out and had kept silent about it for two years.

“I don’t want your father to know,” she told me. “It would really upset him.”

So for all that time, she’d kept her suspicions to herself, even from my father. She didn’t want to upset him, but she also knew that she had to let me go through the pain and the drama. If she had interfered, it would have made things worse.

There were other times over the years when we stepped outside our troubled history into a smooth pool of light and bonded as mother and daughter. But that day in New York–when I felt ashamed and worn down in ways that a 19-year-old shouldn’t, when I ran to my mother for comfort and she provided it–is a memory that towers above all the others. Because I know that the mother she was on that day was who she really longed to be … but so many things had gotten in the way.

At some point, to understand our parents, we have to look at theirs. In 1924, a 3-year-old girl named Anne Frances Robbins, who had been nicknamed Nancy, was taken to her cousin’s home by her mother and left there for five years. Her mother Edith Davis was a working actress who had gotten divorced shortly after her child was born. She tried taking the baby on the road, putting her backstage in a trunk that served as a cradle while she was onstage. But it became too hard, so she left the child with her older sister’s family in Bethesda, Md., and she would visit occasionally. On one of those visits, after years had passed, she told her daughter that she’d gone on an ocean cruise and had met a doctor whom she planned to marry. Nancy was uprooted again and taken to Chicago. She now had a new father and a stepbrother. The definition of family was an ever changing palette.

Over time, my mother decided to repaint her own history with pale sweet colors. According to her, she understood perfectly, at the age of 3, why her mother left her–“She had to work,” she would say, with a trace of defiance. Also, in her memory, she had instantly accepted the idea of a new “father” whom she hadn’t yet met. I never believed her version, but it took me many years to understand how vital the revision was to her.

There was a moment when a window opened and I saw past the battles that had raged between us, as well as the guilt I’d hung on to all my life. I was the baby inside her when she married the man of her dreams in a tiny chapel, wearing a gray suit, with only two witnesses present. I’d always felt it was my fault that she didn’t have a white wedding.

The moment when all of it looked different to me happened in a hospital room. My mother was well into her 80s and had fallen and hit her head. She was sitting on the edge of the bed, listening to the doctor. The back of her hospital gown had opened, and I reached over to retie the strings. She looked tiny and frail and vulnerable. Her back was soft and bent, and she was confused about how she had fallen. It was as if time parted for me and I got a glimpse of her as that small child, watching her mother leave and having no idea when she would be back. I felt how frightened and hurt she must have been, 3 years old and left with relatives. I understood then why she had dedicated so much of her life to reconfiguring the story. Imagination is a survival tool, and it’s a good one.

The man whom she would eventually call her father, Loyal Davis, was a harsh taskmaster. He was a neurosurgeon and a rigid perfectionist. I was frightened of my grandfather until the day he died. Everything had to be orderly, precise and punctual. Growing up, my mother desperately wanted to please him. She probably thought he might leave if she didn’t.

In fact, I now think the fear of being left alone, abandoned, was a current throughout much of her life. A few years into my father’s descent into Alzheimer’s, when I was still living in New York, my mother’s voice on the phone sounded so threadbare and distraught that I suggested she go out into the garden, sit by herself and talk to God … or the moon, the stars, the night sky. “Just be with yourself for a little while,” I told her.

“No. I can’t do that. I don’t want to do that,” she said abruptly, closing the door on the subject.

I understand now the absurdity of my suggestion. It’s what I would do in a period of distress, and it’s what my father would have done. But for my mother, sitting all by herself outside under the stars was a horrifying thought. Ghosts rise up from the earth when you’re alone. Stories and memories rearrange themselves and fall into the shape of truth. Some of us need that; others will do anything to avoid it.

A while after my father died, she told me that she kept the television on all the time because it made her feel less lonely. “It makes the house seem more lived in,” she said. I had, on several occasions, given in to my annoyance and either turned the volume down or turned it off. I had to practically yell to be heard over whatever program she had on–usually a news station–and sometimes I couldn’t stand it. But after she told me that it filled in some of the loneliness, I never reached for the remote again.

When she fell and hit her head and the housekeeper found her in the morning, the television was blaring in her bedroom. I wondered if she had fallen asleep with it on, if her nights were made easier by its background noise. The thought of her dreading the empty darkness so much that she would leave the TV on made my heart hurt. More and more, I hung on to moments like that when thinking about my mother.

We have had a long journey together, she and I. Over a half-century of memories. Now that the journey has ended, I have a choice which ones to study, which ones to turn over in my hands and dust off. I choose to look at the ones that ache with a sweet truth not told often enough: there was love between us, it was just hard to find sometimes.

I choose to remember her face on that winter day in Manhattan, when I came to her with a broken heart. I choose to remember walking on the shore with her in summers when we rented a beach house; somehow the sea always transformed us. And how she looked on my wedding day when she handed me a bracelet that had belonged to my grandmother. “Something old,” she said. I wondered that day if there was some sadness in that moment because she had never gotten the wedding I know she dreamed of as a girl.

I remember how she and my father used to walk along the paths of the garden in the afternoons–both of them older, their steps slow and cautious, his occasional questions splintery with Alzheimer’s, her answers patient and soft. She stopped walking in the garden after his death; I didn’t need to ask why. I remember her weeping on my shoulder a week before he died and saying, “Nothing will ever be the same without him.” And the way she broke down when we had to leave his coffin after flying with it back and forth across the country, through several days of services. “I can’t leave him,” she wept.

I remember how her eyes drifted toward the sky when she spoke about wanting to be with my father again when she died. “I’m sure God is listening to you,” I would always tell her.

“Well, he certainly better be,” she said once.

I’m sure God can take care of himself, but I hope for his sake that he was listening.

Davis’ latest novel is The Earth Breaks in Colors 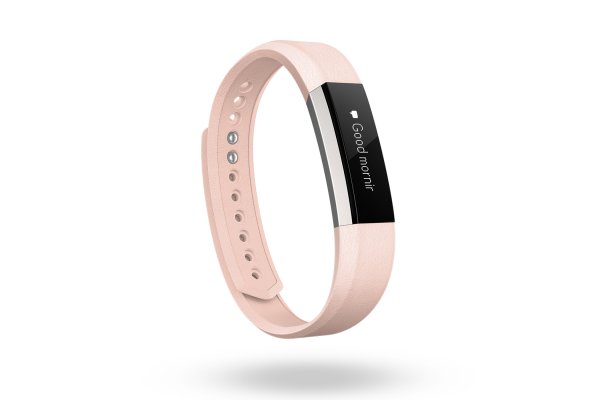 Me and My Fitness Tracker: Can a relationship this brutally honest last?
Next Up: Editor's Pick