Star Wars' Daisy Ridley Hits Out Against Criticism of Her Appearance

In Ridley’s first post, which has since been deleted, she included a screenshot of the image and wrote, “ ‘Real women’ are all shapes and sizes, all ethnicities, all levels of brave, have families, don’t have families. I am a ‘real woman’ like every other woman in this world.”

Ridley removed the screenshot after the original poster was criticized in turn, and in a follow-up post she stressed the importance of everyone “being kind to each other.”

She added, “I’m a normal girl thrust into extraordinary circumstances, just like [Star Wars character] Rey. I will not [apologize] for how I look, what I say and how I live my life … and I am striving to be the best version of myself, even if I stumble along the way.” 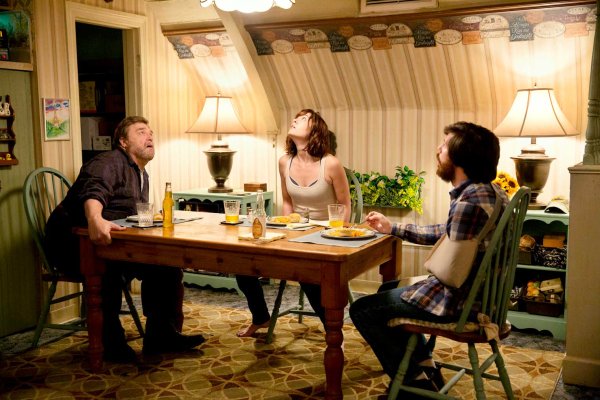 Review: Nonsequel 10 Cloverfield Lane Is Better Than the Original
Next Up: Editor's Pick