Another Browser Gets Built-In Ad Blocking

A lot of people use ad-blocking extensions in their browsers, but now Norway’s Opera has gone one better (or worse, if you’re a publisher) by building the functionality into the browser itself.

The feature is available in a new developer version of Opera for desktops, out today for testing. Only around half a million people use the test versions of Opera (also including the beta versions), but the feature could make it into the final version, which is used by around 60 million people.

Mozilla’s Firefox browser also does ad-blocking in its private-browsing mode, by nixing content (such as ads) that tracks users’ surfing behavior. However, Opera’s feature goes further — it also shows to users how much those ads slow down the loading of the pages that carry them.

Opera claims the ad-blocking feature can speed up the loading of pages by up to 90%, providing a 40% faster browsing experience than that achieved with ad-blocking plugins.

That’s because the feature is baked into the browser itself rather than running through an extension. According Krystian Kolondra, Opera’s SVP of engineering, that fact is also what makes it possible to provide side-by-side comparisons of page-loading speeds with and without the feature enabled.

Kolondra told Fortune that Opera, which is being taken over by a Chinese consortium, has no intention of getting publishers and ad networks to pay for having their ads bypass its blocking system, in the fashion of the controversial AdBlock Plus. Users will get to control their own whitelists of sites where they are happy to see ads.

“We’re not thinking of this as a way to get money,” he said. “We only care about the user experience.”

Kolondra also said Opera is not talking with its mobile-operator partners about instituting the feature in its (far more widely used) mobile versions — many operators are controversially experimenting with blocking ads at the network level rather than in the browser, partly as a way of getting publishers and ad networks to give them a slice of their revenue.

“I believe it would be probably better if the ad problem is fixed elsewhere, that we give the user a choice,” he said. 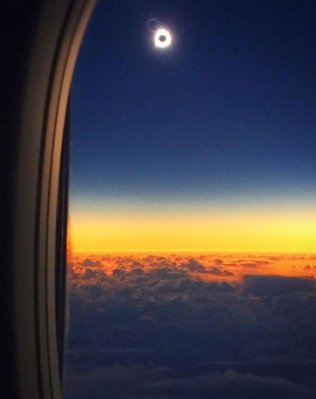 See Last Night's Total Solar Eclipse From a Plane
Next Up: Editor's Pick