A de-horned rhino slowly wakes up after his horn was trimmed at John Hume's Rhino Ranch in Klerksdorp, in the North Western Province of South Africa, Feb. 3, 2016
Mujahid Safodien—AFP/Getty Images
By Mark Rivett-Carnac

The slaughter of African rhinos has increased for the sixth straight year, according to new figures from the International Union for Conservation of Nature (IUCN).

Poachers killed at least 1,338 rhinos for their horns in 2015, the greatest loss since 2008. This “alarming” increase, said IUCN Director General Inger Andersen, comes despite the “valiant and enormous efforts underway – often against overwhelming odds – to curb the losses.”

Trading rhino horn internationally was banned in 1977. But demand continues from China and Southeast Asia, where it is wrongly believed to possess tonic and medicinal qualities. A kilogram of horn, which is made from the same protein that produces hair and nails, can fetch upwards of $65,000 on some black markets. The lure of vast profits has spawned illicit trafficking syndicates.

There is a glimmer of hope amid the bleak IUCN report: the overall rate of increase of poaching has slowed since 2013, and in South Africa, which is home to 80% of the world’s rhino population, the number of animals poached fell for the first time since 2008. 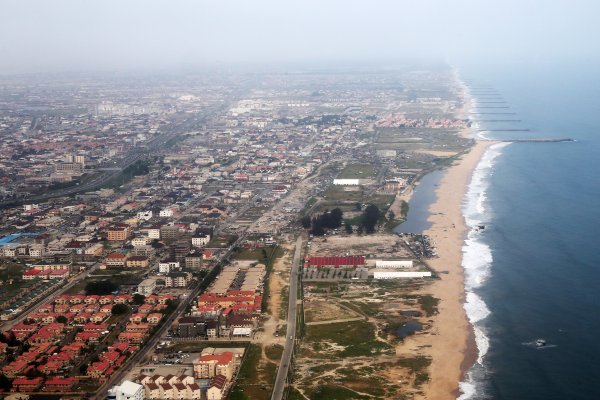 34 Dead in Lagos Building Collapse
Next Up: Editor's Pick