Venezuela Summons Top Diplomat In U.S. Back to Caracas

Maximilien Arvelaiz, Venezuela's top diplomat in Washington, who has been proposed as ambassador, speaks during an interview with Reuters at a hotel in Caracas, Venezuela, Dec. 7, 2015.
Reuters
By Nash Jenkins

Venezuela withdrew its most senior diplomat in the U.S. on Wednesday following President Obama’s renewal of sanctions against officials in the South American nation.

“Sometimes I feel I’m in a plane and every five minutes I need to put my seatbelt on because of the turbulence,” Arvelaiz told Reuters in an earlier interview.

Venezuelan President Nicolas Maduro appears to have little intention of stabilizing that metaphorical airplane. Maduro, who took power in 2013 after the death of the controversial leader Hugo Chavez, has accused Washington of attempting to topple his government.

“Enough of the arrogance, prepotency and intrigue,” Maduro said on state television, according to Reuters. 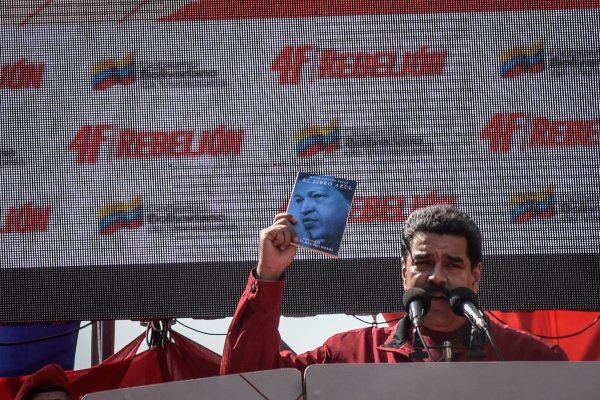 Venezuelan Opposition Announce Plans for a Peaceful Coup
Next Up: Editor's Pick