7 Marriage Lessons From the Reagans

Former First Lady, Nancy Reagan, recently passed away and as the politicians and pundits weigh in on her legacy, one theme continues to emerge as one of her proudest achievements and most important priorities… her marriage. Regardless of your political preferences, most everyone agrees that Nancy and her “Ronnie” had a rock-solid marriage for more than half a century. As I’ve researched more about their lives and their love for each other, I believe there are some important lessons we can learn from their love story and apply to our own marriages.

It takes a lot more than a list of some principles to keep a marriage going strong, but these seven principles and practices below seem to be a big part of the “recipe” that made the Reagans’ marriage so special.

(In no particular order:)

1. They were best friends.

Nearly everyone interviewed (including their own children), have said, “They were best friends. They loved being near each other.” Their son Ron even said, “Their happiest moments weren’t in the spotlight. They were happiest when they were eating a TV dinner on the couch and watching a movie together just laughing and enjoying each other’s company.” I believe every strong marriage has a strong friendship at it’s core, so invest into your friendship with your spouse.

2. They always had each other’s back.

3. They respected each other’s opinions.

Ronald had his pick of the most brilliant minds in the world to be his advisors, and he listened to many of them, but there was no advisor he trusted more than his wife. Nancy had his ear. They always respected each other’s opinions, and those opinions actually evolved greatly through the years (Ronald is remembered as a Conservative Republican, but had been a lifelong Democrat until early into their marriage). They always bounced ideas off each other, challenged each other, and valued each other’s perspective.

4. They supported each other’s dreams.

Most agree that Ronald never would have made it to the White House had it not been for the support and encouragement of Nancy. She brought out the best in him and gave him the confidence he needed. He did the same for her. Both in her own public policies (like her famous “Just Say No” anti-drug campaign) and with other areas of her life, he gave his full support and encouragement. They were committed to help each other “win” and celebrating those wins as a team. When one of them succeeded, they both succeeded. When one of them failed, they shared the failure together.

5. They shared each other’s struggles.

Their struggles were never “his” and “hers,” but only “ours.” Whether the complexities of raising a “blended family,” overcoming political stress, healing from an assassination attempt, working through debt and financial pressure early in the marriage, and in a million other ways, they shared the struggles. They found that they could overcome any obstacle if they were unified.

So many married couples forget to have fun with each other. Ronald and Nancy tried to make every season of life a new adventure. They would go on hikes, ride horses, and explore new places. You might think they had an advantage to go to lavish and exotic places because of their money, but their favorite “fun” moments and hobbies together were simple and inexpensive. It was just about being together.

Read more: Are You “Phubbing” Your Spouse?

7. They never gave up on each other.

Their love and commitment to each other was bigger than anything life threw their way. Even when Ronald began to deteriorate because of Alzheimer’s and they could no longer share their precious memories, Nancy continued to love him and care for him until the very end.

No marriage is perfect, and no couple is is perfect, but I believe that Ronald and Nancy Reagan modeled a marriage that is worthy of emulation. We shouldn’t try to “copy” their marriage, because every relationship is unique, but if you’ll apply some of these same principles to your own marriage, I believe you could see some positive results. You too could have “a marriage for the ages.”

Dave Willis is an associate pastor at Stevens Creek Church in Augusta, Georgia. He and his wife, Ashley, founded StrongerMarriages.org and the “Marriage” app as a way to encourage couples to build stronger marriages. 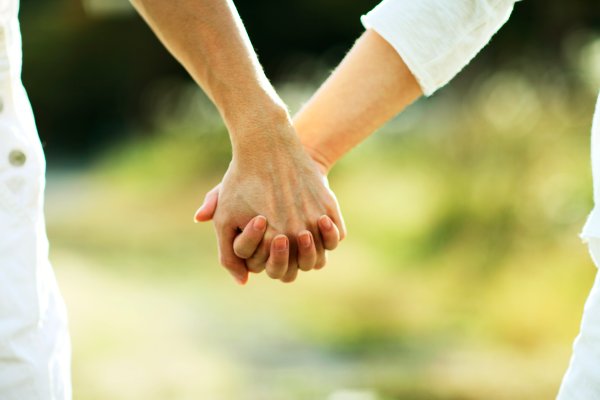 My Top 3 Relationship Tips
Next Up: Editor's Pick