Kids to Parents: Stop Sharing Pictures of Us on Social Media

Many parents set rules for their children’s activity online: limits on screen time, restrictions on sites, cautions about privacy. According to a recent survey, some children would like to create some rules for their parents, too. The most surprising request? Stop sharing pictures of them on social media. Or, at least ask first.

As the New York Times reports, the survey of 249 parent-child pairs across 40 states by researchers at the University of Washington and University of Michigan found that children are twice as likely to ask adults to not “over share” by posting information about them online without their permission.

“Child participants reported that they find this content embarrassing and feel frustrated that parents publicly contribute to their online presence without permission,” the report says.

KJ Dell’Antonia points out in the Times that the first babies who had their photos posted to Facebook, which started in 2004, are approaching their teens. “As this study, although small, suggests, it’s increasingly clear that our children will grow into teenagers and adults who want to control their digital identities.”

The survey also found that some children would like their parents to put down their phones and be more present in social settings, give them more autonomy, not text and drive, and not be hypocrites about the rules they set. 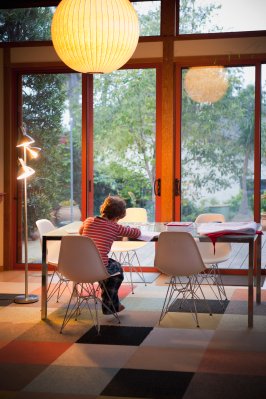 Why Parents Should Not Make Kids Do Homework
Next Up: Editor's Pick