As Pee-wee’s Big Holiday comes to Netflix on Friday, the inimitable Paul Reubens character is firmly ensconced in pop culture. But when his movie Pee-wee’s Big Adventure was released in 1985, TIME’s critic wasn’t so sure Pee-wee had staying power. “His big mystery lies in his strange appeal for adolescents,” the magazine wrote. “Is he yet another vehicle through which they can sentimentalize their childhoods? Is he just the latest grotesque fad? Is he to the Reagan era what Pinky Lee was to Eisenhower’s? Impossible to say. But fair warning: this movie could induce terminal boredom in adults and rot the minds of the young.”

It wouldn’t be long before critics were singing a much more positive tune—TIME’s later review of Big Top Pee-wee praised Big Adventure‘s “pop-art surrealism”—but that 1985 examination got at least one thing right: Pee-wee was the parodic Pinky Lee of this era. In fact, by many accounts, Pinky Lee was one of Reubens’ inspirations for the character.

So who was Pinky Lee?

Born Pincus Leff, he was a comedian who brought his vaudeville background to children’s television. The Pinky Lee Show, which he created and starred in, ran for two years during the format’s Howdy Doody-led infancy—much to some adults’ chagrin. In 1954, a list of shows “unfit” for children called his performance “highly unmasculine.” That same year, TIME noted that “few adults are sufficiently strong-fibered” to watch it. (The frenetic pace of the show was a particular sore spot for many parents—even though the show can feel slower and softer than much of today’s kids’ TV.)

In late 1955 Lee collapsed on the air due to what was thought to be exhaustion, and not too long after the show was cancelled. Watching the show now, it’s clear that Lee’s influence has endured: 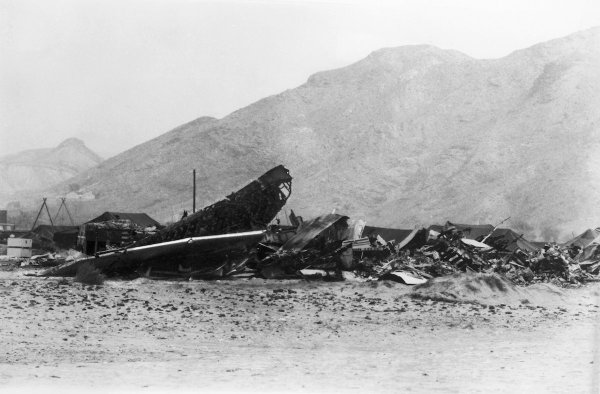 How the U.S. Lost—and Found—a Thermonuclear Weapon
Next Up: Editor's Pick