The short video clip was obtained by the Associated Press and shows the Google car moving into the lane where the bus already was. The incident was the first time a Google car has been responsible for a collision, according to The Verge.

The Google car had a test driver, but the driver assumed that the bus would yield to the car as it tried to merge into traffic. The collision damaged the car’s left front wheel, left fender and a driver-side sensor, but no injuries were reported.

“This is a classic example of the negotiation that’s a normal part of driving—we’re all trying to predict each other’s movements,” Google said in its monthly report on incidents with its self-driving cars. “In this case, we clearly bear some responsibility, because if our car hadn’t moved there wouldn’t have been a collision.”

Google cars have been involved in a handful of other collisions, but Google has always previously claimed the autonomous vehicles weren’t responsible for the accidents. 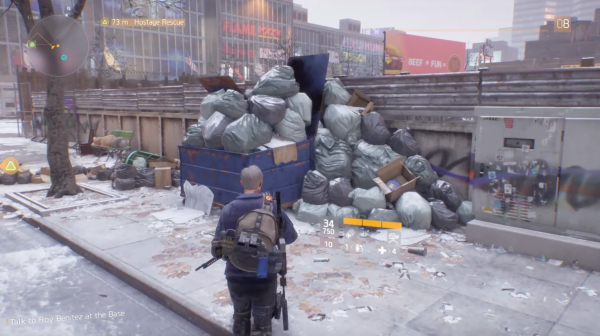 One Thing The Division Totally Nails About Life in New York City
Next Up: Editor's Pick