Sen. Cotton: Apple’s Brand Is Not Worth America's Safety

Thomas Cotton during an interview in Washington, DC on March 17, 2015.
Andrew Harrer—Bloomberg/Getty Images
Ideas
By Sen. Tom Cotton
Tom Cotton is a U.S. Senator from Arkansas.

Apple CEO Tim Cook recently explained his decision to refuse a court order to unlock the iPhone of a deceased ISIS terrorist. He stated that what’s “at stake is the data security of hundreds of millions of law-abiding people, and setting a dangerous precedent that threatens everyone’s civil liberties.” But Cook is wrong, and the implications of his error will be grave. What’s really at stake is the future of our ability to keep Americans safe.

Last December terrorist attackers in San Bernardino pledged allegiance to ISIS and unleashed a killing spree leaving 14 dead and 22 injured. It was a stark reminder that our enemies around the world seek to harm us. But it also reflected an important shift in the type of terrorist threats America faces. For the last 15 years, the excellent work of our Intelligence Community and other law-enforcement officials has prevented another large-scale terrorist attack like we saw on Sept. 11, 2001. As we’ve thwarted attack after attack though, terrorists have adapted their methodology.

Today, few terrorist organizations still employ the “al-Qaeda model” in which individuals travel to terrorist training camps overseas and then are deployed to the West to inflict atrocities. Instead, our enemies use social media to recruit individuals in Western nations and then shift their communications and data storage to encrypted devices and applications. Under the cover of encryption, terror masterminds provide recruits with the tactics and tools necessary to carry out attacks using small arms and explosives. None of this requires any overseas travel. The use of encrypted communication and data storage to shield terrorist coordination from intelligence and law-enforcement authorities is known as “going dark.”

And now Apple is denying the FBI the ability to shine a flashlight into that darkness.

Despite Cook’s protestations, Apple has no legal basis to refuse a lawful court order to unlock a terrorist’s iPhone. The FBI is asking Apple to disable one iPhone’s “self-destruct” mechanism that wipes the phone’s memory if a passcode is entered incorrectly too many times. Apple previously had the ability to easily unlock iPhones with older versions of Apple’s mobile operating system. Indeed, in 70 prior cases, Apple assisted the FBI in unlocking iPhones pursuant to valid warrants issued for bona fide investigations.

What’s changed? Apparently Apple’s marketing strategy did. Apple built its latest mobile operating system to be more resistant to such unlocking. And late last year, Apple broke with its past practice when it objected to a different court order to unlock an iPhone with its older operating system—the exact system it had helped unlock in the past. Apple argued in open court that complying with the order would “tarnish the Apple brand,” which is now apparently premised on purposely engineering its products so it is difficult or impossible for Apple to cooperate with law enforcement. In short, Apple says it can no longer cooperate with investigations because it’s now the business model of Apple to thwart these investigations.

But an Edward Snowden-driven marketing strategy doesn’t exempt Apple from its duties as an American company under the law. The FBI’s request in this case is not different from other investigative searches approved by courts under Fourth Amendment. The request is limited to this particular investigation, and does not affect the privacy of Americans.

On the contrary, if Apple succeeds, the implications will be broad and dire. It will make clear to all terrorists—as well as pedophiles, child pornographers, and drug traffickers—that the products of Apple and other companies that follow Apple’s lead will enjoy special immunity from lawful investigations. Terrorists and criminals will feel free to plot, organize, and instigate through their iPhones, iPads, and MacBooks because Apple will protect its brand more than our safety and security.

Cook was correct when he wrote to his employees that “our country has always been strongest when we come together.” But Mr. Cook’s decision to create and defend a zone of impunity for terrorists and then demagoge about a fantasy Orwellian surveillance state to smear his critics is the exact opposite of coming together. It’s a profit-driven stance that uses hyperbole and scare tactics to divide the country and mask what are only recent changes in Apple’s marketing strategy and technology. 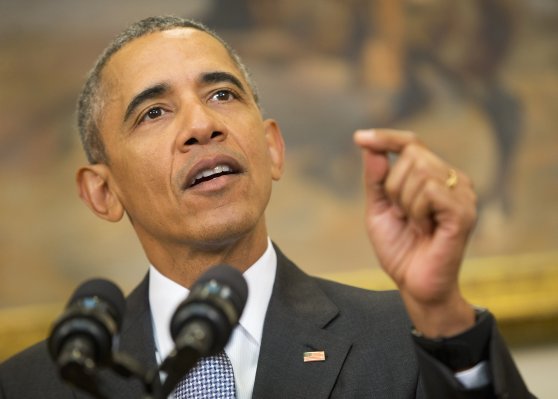 Gitmo Is a Problem for the Next Person in Charge
Next Up: Editor's Pick