The Prudent King's Advice to Trump

Ariel Dorfman is a Chilean novelist and playwright and the author of Death and the Maiden.

A medium my wife and I consult frequently in Chile intercepted a message from the 16th-century Spanish monarch Philip II directed to Donald Trump, words I transcribe here with, I must admit, some trepidation:

I, Philip II, the most powerful ruler of my time, have been watching, most excellent Seňor Trump, the woes plaguing your nation, not dissimilar to those that I faced, as did my father, Carlos V, and my son, Philip III, in our own land. Economic decline, pandemics of poor people seeking free lunches, Christianity under siege from deviants and lax women, traditional values undermined by foreign influenced intellectuals, distant enemies incessantly challenging you abroad while, at home, terrorist Muslims pretend to be peaceful citizens—troubles that we solved in our time with remedies that may prove beneficial to your own future reign.

Regarding the overseas potentates that threaten your hegemony, you should refrain from the temptation of negotiating with them. Like us, you have lethal weapons at your disposal and invincible armadas able to sail from bases on every continent. Take, therefore, the war to your enemy, decimate his cities, fields and, above all, his communications systems. Make him and his children tremble at the trumpet of your very name.

First though, deal with the enemies inside, who reproduce like rabbits. You have already proposed registering Muslims, something we did with severe efficiency, forcing them to wear badges and cease their infidel practices. If this measure turns out to be insufficient, you should deport them. Do not listen to those who declare that this will bring economic ruin and ignominy to the realm, nor that it cannot be physically accomplished. In a mere two years – from 1609 to 1611 – my son managed (with the help of heavily armed local militia) to be rid of this pestilent rabble, purifying Spain as you should purge America.

And while you’re contemplating such a defense of national security, why not register the unruly poor as well, making sure they really deserve the charity so liberally lavished on them? I started with the beggars, decreeing in 1558, that only those veritably infirm could request alms, forcing the rest to work for their bread instead of rioting and chanting slogans. Though not all begging should be forbidden. When your students, like ours, accumulate calamitous financial obligations, they should be licensed to seek help in designated public areas. Besides such festive youngsters cheering up the populace with their antics, the budgetary cuts will liberate funds better destined to military expeditions.

And talking of education, why not introduce as an obligatory text in your schools, The Perfect Housewife, a manual, fashionable in our time, which counseled young women to obey their husbands, no matter how abusive, drunk, cruel and irritable they might be. A discrete way to restore the natural hierarchy that God has created among species and sexes.

And if current domestic insubordination were to contaminate the republic itself, consider the possibility of resurrecting the Holy Brotherhood of the Inquisition. You have already suggested you believe that your enemies should be subjected to more extreme measures than mere waterboarding. How about fire? Nothing provides a fearful nation with more security than a select number of Auto da Fes, assisted by a surveillance system that already rivals mine, the envy of the nations of my time. And make sure the sword of justice is swift, so that a death penalty constantly delayed by litigation is not rendered useless as a deterrent.

As to violent variations in the climate, do not heed demands that you intervene. Such scourges are God’s way of testing your convictions. Instead of trying to cleanse the earth, cleanse your bodies and souls of sinfulness, in particular dealing with sodomites mercilessly. The Lord will respond with fresh air and sparkling water.

One last recommendation. During my reign, I considered the Jews to be satanic, and was always grateful to my grandparents for expelling them from Spain in 1492. But I admit that there is one policy of their descendants in the Holy Land that I admire and suggest you imitate: Build walls, many, many walls.

With best wishes, mejores deseos, to you and your future subjects, suggesting, just in case, that you share these thoughts with Mr. Cruz, whose very name evokes the Cross and thrills our Christian soul,

A version of this piece appeared in Spanish. 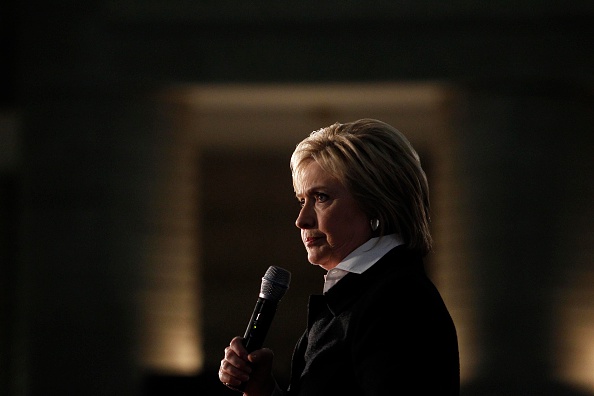 The Only Way to Dump Trump Is to Vote for Clinton
Next Up: Editor's Pick