Music producer George Martin, best known for his work with the Beatles, died Tuesday at age 90. His many collaborations with the band, from the group’s earliest days through Let It Be and Abbey Road, earned him the title of the “Fifth Beatle,” a distinction that’s been applied to several people over the years but one Paul McCartney says Martin nonetheless deserves.

“If anyone earned the title of the fifth Beatle it was George,” Paul McCartney wrote in a lengthy Facebook tribute following news of Martin’s death. “From the day that he gave The Beatles our first recording contract, to the last time I saw him, he was the most generous, intelligent and musical person I’ve ever had the pleasure to know.”

In 1971, John Lennon spoke unequivocally about Martin’s role in the band’s career. “George Martin made us what we were in the studio,” he said. “He helped us develop a language to talk to other musicians.”

Below, a look at some of Martin’s most important contributions to music, both with and without the Beatles:

“Love Me Do”
Martin was with the band from the beginning, helping the group score their first record deal and producing much of their music, including the band’s debut single, “Love Me Do.” Martin was famously dissatisfied with the band’s previous drummer, Pete Best, which led to the hiring of Ringo Starr, who also initially failed to impress the producer. At one point, Martin assigned Starr to the tambourine while another drummer took over.

“Yesterday”
It was Martin’s idea to add a string quartet to the song. McCartney initially resisted but came around after hearing the final product: “It was so thrilling to know his idea was so correct that I went round telling people about it for weeks,” he wrote on Facebook. It is one of the most-covered songs of all time.

“Eleanor Rigby”
Apart from vocals, none of the Beatles played instruments on this song, which ranks as one of their most influential; instead, Martin arranged a string section that the producer said was inspired by Bernard Herrmann’s score for Psycho. “He had a way of making violins sound fierce. That inspired me to have the strings play short notes forcefully, giving the song a nice punch,” Martin said.

“Live and Let Die”
Martin is credited as the producer of two James Bond films’ theme songs: 1964’s “Goldfinger,” sung by Shirley Bassey, and 1973’s “Live and Let Die,” which was recorded by Paul McCartney and the Wings and became a Top 10 hit in both the U.S. and the U.K. Sir Roger Moore, who debuted as 007 in Live and Let Die, paid tribute to Martin on Twitter on Wednesday: “He made my first Bond film sound brilliant!”

The Who’s Tommy
Though he’s best known for his work with the Beatles, Martin won the Grammy Award for Best Musical Show Album in 1994 for his work on the studio recording of the Broadway production of The Who’s Tommy, a rock musical based on the English band’s 1969 double album.

“Candle in the Wind 1997”
Martin and Elton John re-recorded John’s 1973 song as a tribute to the Princess Diana following her death that year. The addition of a string quarter was—you guessed it—Martin’s doing. It went to No. 1 in several countries and is one of the best-selling singles of all time. 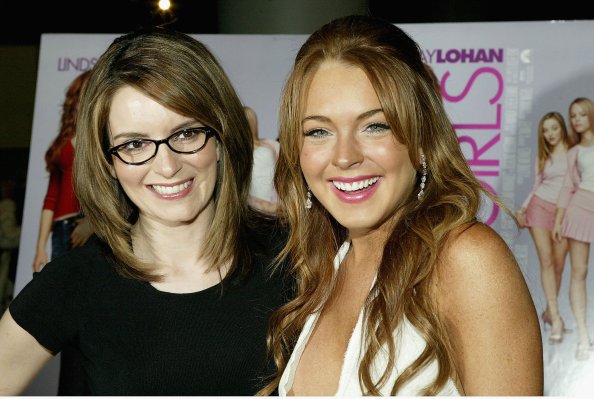 Tina Fey Confirms There Will Be a Mean Girls Musical
Next Up: Editor's Pick