Is It Time to Attack North Korea?

North Korea has been saying for years that it is striving to build a nuclear-tipped missile capable of attacking the U.S. It took a giant step toward that prize Wednesday when its official news agency asserted the nation’s scientists had miniaturized an atomic warhead capable of riding atop a Pacific-spanning rocket.

“The right to make a preemptive nuclear strike is by no means a monopoly of the U.S.,” the Korean Central News Agency said, paraphrasing Kim during his visit with North Korean engineers working on the project. “If the U.S. imperialists infringe upon the Democratic People’s Republic of Korea’s sovereignty and right to existence with nuclear weapons, it will never hesitate to make a preemptive nuclear strike at them.” Given North Korean secrecy, the claim is impossible to verify.

But in light of North Korea’s inexorable push to develop a nuclear-carrying intercontinental ballistic missile—and the bizarre cult-of-personality dynasty that runs the Hermit Kingdom, starving millions and jailing thousands of political prisoners—the obvious question is simple: should the U.S. take the lead in taking down Pyongyang’s nuclear menace by force?

Nuclear experts have been saying for years that North Korea might be able to shrink a nuclear warhead. That’s critical, because a smaller warhead translates into longer range. The non-profit Institute for Science and International Security said in 2013 that North Korea still would need “to conduct missile flight tests with a re-entry vehicle and mock warhead, increase the explosive yield of the warhead, possibly requiring its further miniaturization, and improve the operational reliability of the warhead and missile” to be sure its missile would work.

While that may be the path followed by most nations, North Korea is hardly a normal country. Corner-cutting, especially if the nation perceives itself as threatened, could accelerate that process. With the U.S. and South Korea now conducting a huge military exercise, and new sanctions recently imposed on North Korea, it’s no wonder that Pyongyang is feeling beleaguered. Only hours after North Korea announced its alleged miniaturization breakthrough, a U.S. artillery brigade launched a barrage of rockets close to the border town of Cheorwon, something bound to jangle North Korean nerves even more.

The U.S. has built a missile shield in Alaska and California dedicated to the threat posed by North Korean rockets. The Pentagon voiced confidence Tuesday in its ability to down any incoming North Korean warheads. “The United States has not seen North Korea demonstrate a capability to miniaturize a warhead,” Pentagon spokesman Peter Cook said shortly before the North Korean claim that it had done so. “We still feel confident that we can deter and respond to a missile threat from North Korea.”

Taking out North Korea’s two major nuclear sites with air strikes would be dangerous but probably not too difficult, U.S. officials say. The possibility of North Korean retaliation against Seoul, South Korea’s capital of 10 million and only 35 miles from North Korea, would be a complicating factor, they concede.

Yet the more advanced North Korea’s nuclear arsenal becomes, the tougher it will be to dismantle peacefully. Its slow but steady progress on the nuclear front is something that the U.S. and the rest of the world has been unable to stop. “Our policy right along,” Defense Secretary William Perry told TIME in his flying stateroom over the Atlantic 22 years ago, “has been oriented to try to keep North Korea from getting a significant nuclear-weapon capability.”

That effort has failed. In fact, in 2006, Perry and Ashton Carter—the current defense secretary—argued that the U.S. should attack a North Korean missile before it could be launched.

The U.S. didn’t attack, and the missile test failed. Somewhere down the road, Americans might not be so lucky. 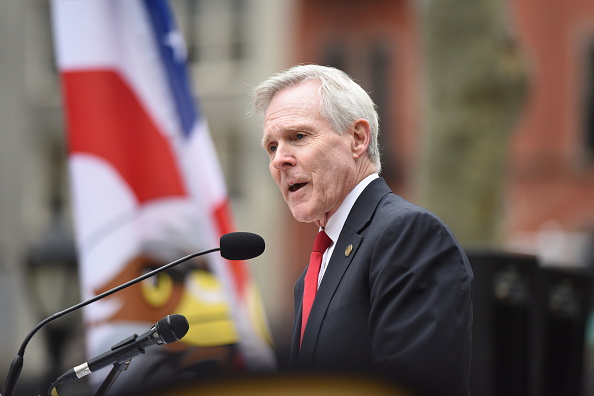