Cheaper Fares Mean Tons of People Will Fly This Spring

A record number of passengers will take to the skies this spring, according to a major aviation industry trade group, as factors like increased capacity and the rise of ultra low-cost airlines bring down the cost of air travel.

“The continued growth in passenger volumes can be attributed to the accessibility and affordability of air travel today,” A4A Vice President and Chief Economist John Heimlich said in a statement. “To meet the extra demand, airlines are deploying new and larger aircraft on many routes.”

The prospect of cheaper fares may be alluring to customers. But don’t expect a bonanza of bottom-barrel ticket prices any time soon.

Airlines are currently enjoying a boom period fueled by cheap oil. Historically, carriers have responded to shrinking fuel bills by adding capacity, or the total number of seats they fly. That increase in supply tends to drive down prices. Indeed, A4A’s data show that, while the airlines saw passenger growth of 4.4% in 2015, those gains were offset by a 5.1% drop in fares.

That pattern has given the airline industry a boom-and-bust reputation that makes investors reach for the sick bag when oil rebounds. Cognizant of the past, airline executives are being more cautious about capacity increases this time around. While some price wars are breaking out in particular markets, the airlines’ desire to maintain their sky-high profits should keep fares from crashing down to earth more widely. 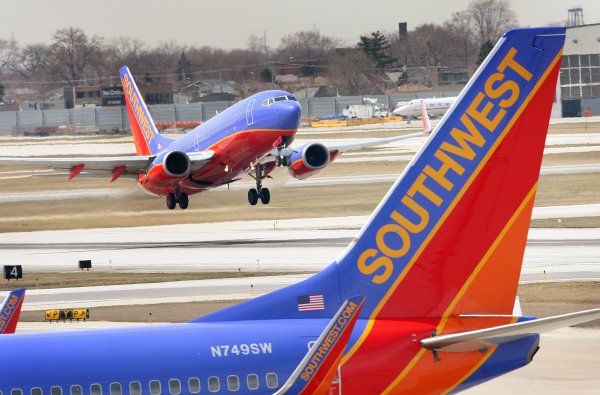 The Airlines Did Something Truly Amazing Last Year
Next Up: Editor's Pick