J.K. Rowling Accused of Cultural Appropriation In Her Depiction of Native American Wizards

In the run-up to the Harry Potter-universe film Fantastic Beasts and Where to Find Them, J.K. Rowling is releasing a four-part history of magic in North America—and part one has already drawn some sharp criticism.

The short essay documents the 14th through 17th centuries in North America, detailing the history of Native American wizards, who were aware of Europeans long before both groups’ muggle counterparts thanks to magical travel like apparition and even premonitions, she writes. She also says that Native American wizards were more likely to go wand-less in performing magic. But the details that trouble her critics the most have to do with the Navajo legend of the skin walker, which she writes “has its basis in fact. A legend grew up around the Native American Animagi, that they had sacrificed close family members to gain their powers of transformation. In fact, the majority of Animagi assumed animal forms to escape persecution or to hunt for the tribe. Such derogatory rumours often originated with No-Maj [Muggle] medicine men, who were sometimes faking magical powers themselves, and fearful of exposure.”

The use of the legend in her story—as well as her citing of a “Native American community”—upset many on social media.

Not everyone was a critic—Rowling thanked one fan who claimed to have Native American ancestors and appreciated the story.

But she has not yet responded to the specific critiques of appropriation. 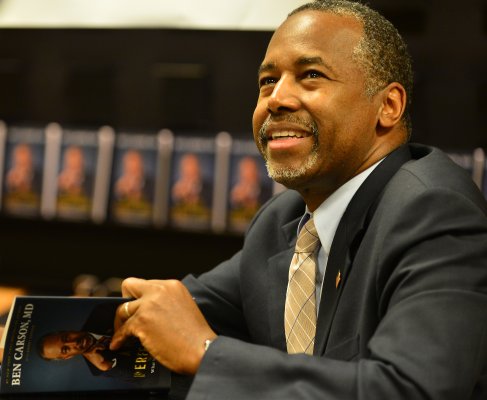 Ben Carson Is Still Winning in One Way
Next Up: Editor's Pick