The U.S. Could Station Long-Range Bombers in Australia

U.S. defense officials said on Tuesday that they are exploring placing long-range bomber aircraft in Australia, a move that would bring the country’s military forces closer to the fraught South China Sea.

The move, which is still in the negotiation stage, would strengthen the U.S. military’s “global strike and deterrence capability to help maintain peace and security in the Indo-Asia-Pacific region,” Lt. Col. Damien Pickart, an Air Force spokesperson in the Pacific, told Reuters.

The placement of U.S. B-1 bombers in the Pacific region would almost certainly aggravate China, which has claimed much of the South China Sea as its own despite the protests of its smaller neighbors in Southeast Asia. The U.S. has in recent months asserted its right to navigate the maritime region, fueling tensions with Beijing. 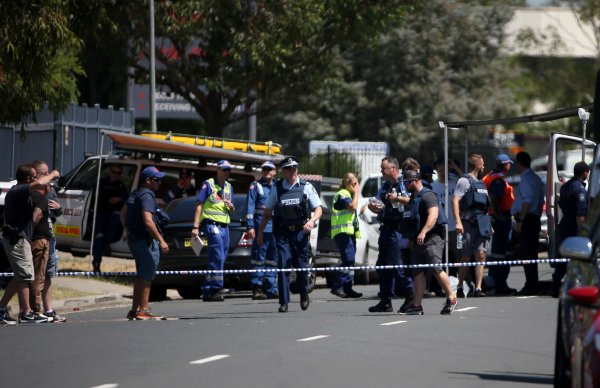 2 Dead, 2 Injured in Sydney Shooting
Next Up: Editor's Pick