The key witness in the murder of award-winning environmental activist Berta Cáceres has been prevented from leaving Honduras, with campaigners raising questions over authorities’ investigation of the suspected assassination.

Gustavo Castro Soto, a Mexican national, was the only other person in the slain activist’s home at the time of the March 3 attack, and was himself shot twice by gunmen and only surviving by playing dead, the Guardian reports.

Soto, a coordinator for the Mexican branch of Friends of the Earth and the head of NGO Otros Mundos, provided testimony to Honduran authorities, but has been prevented from leaving the country after the attorney general issued a migration alert, according to a statement.

“Gustavo Castro is not being treated as a victim of an attempted assassination, rather his life is being put at risk and his right to free circulation is being violated,”a joint statement from Otros Mundos and Friends of the Earth Mexico said.

Cáceres, 44, was a leader among the Lenca indigenous population and — through her group the Civic Council of Popular and Indigenous Organizations of Honduras (COPINH) — campaigned against the construction of a potentially damaging hydropower dam in the southwest of Honduras. Friends and relatives of Cáceres believe that the military and individuals connected with the dam project were involved in the killing.

Soto has alleged in an open letter to Honduran media that the crime scene was altered and authorities had appeared to overlook genuine suspects in favor of questioning members of COPINH.

Amnesty International’s Americas director, Erika Guevara-Rosas, said Tuesday that authorities in Honduras had “failed to follow the most basic lines of investigation, including the fact that Berta had been receiving serious death threats related to her human rights work for a very long time.”

“None of the people who Berta denounced for their constant harassment and threats, including representatives of companies working in the area, have been called to give testimony,” an Amnesty statement said. 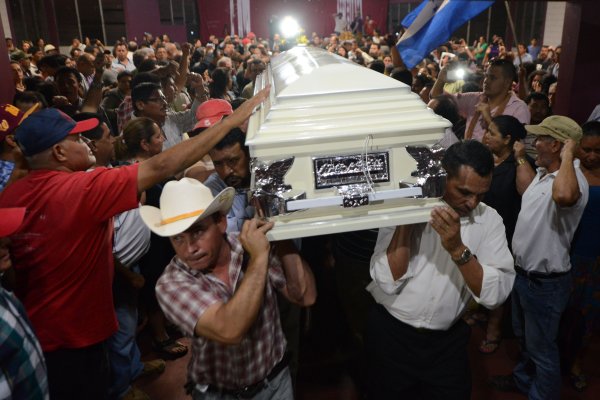