A Day of Terror in Israel Overshadows Biden's Difficult Visit

Soon after U.S. Vice President Joseph Biden touched down in Israel on Tuesday for his two-day visit with the Israeli and Palestinian leaderships, a Palestinian attacker went on a stabbing rampage, killing an American student and tourist and wounding nine others before being shot by police, according to officials. The bloody attack unfolded in the ancient Mediterranean coastal port city of Jaffa, which joins Tel Aviv—a mixed Arab and Jewish area—and came soon after two other serious attacks across Israel in a little under two hours.

On Tuesday evening, as Biden was at the Peres Centre for Peace in Jaffa, a Palestinian man ran down the seaside promenade, stabbing and wounding three people, before fleeing and carrying out stabbings in two other places, wounding another another seven people. Police spokesman Micky Rosenfeld said the attacker, 22-year-old Bashar Masalha, from Auja, near Qalqilyah in the West Bank, was shot dead. Israeli police also confirmed the 29-year-old American student and tourist—identified as Vanderbilt University student Taylor Force—had died of his wounds on his way to hospital in Tel Aviv. The Israeli news website Ynet reported that his wife was also critically wounded.

The stabbings in and around Jaffa, came on a violent day when four other people were killed—three Palestinian attackers and a 50-year-old Palestinian woman who Israeli police say intended to carry out a stabbing attack. The day is one of the worst in a five-month wave of violence between Israelis and Palestinians, in which 30 Israelis and nearly 200 Palestinians have been killed, two-thirds of which Israeli officials say were killed while carrying or attempting to carry out attacks.

Read More: The Next War Between Israel and Hamas May Be Fought Underground

Less than two hours before the attack in Jaffa, a Palestinian man on a motorbike opened fire on two Israeli border police on a main shopping street in East Jerusalem, wounding them both, before he was shot and killed in turn. Within minutes of this attack, another Palestinian man stabbed an ultra-Orthodox Jewish man in the neck in Petah Tikvah, near Tel Aviv. The man removed the knife from his neck and used it to stab and kill his attacker, Israeli television media reported.

Vide-President Biden’s trip was already coming at a time of tension between the Obama White House and Israeli Prime Minister Benjamin Netanyahu. Netanyahu on Tuesday turned down an invitation to the White House, which was scheduled for later this month. His U.S. counterparts were apparently given little warning—the White House issued a pointed statement saying it had learned of the change in plans via the media. According to the White House, Israel had put forward two possible dates to hold a meeting between Netanyahu and Obama and the U.S. had accepted one of them.

Netanyahu’s office later denied that he had surprised the White House and said he called off the trip to avoid becoming entangled in the heated politics of the U.S. presidential election. Still, relations between the two administrations—never great—seem worse than ever. Many Democrats believe Netanyahu went over the line last year when he campaigned in a speech to Congress against Obama’s nuclear deal with Iran.

Read More: Meet the Gay Iranian Poet Who Has Taken Refuge in an Unlikely Place: Israel

Biden is scheduled to meet with Netanyahu in Jerusalem on Wednesday, where they will continue talks over the renewal of their 10-year, multi-billion-dollar military aid package between the U.S. and Israel. Israel currently receives $3 billion a year in military aid from the U.S, but is calling for an additional $1-$1.5b a year over 10 years, while the U.S. is offering an extra $500 million a year.

Biden will also talk about the increasingly unstable Middle East when he sits down with Netanyahu and later Palestinian Authority President Mahmoud Abbas. Biden was last in Israel in 2014 for the funeral of former Israeli Prime Minister Ariel Sharon. His previous visit, in 2010, marked a low point in U.S.-Israeli relations—Israel announced settlement expansion plans in East Jerusalem during Biden’s visit, surprising and angering the Vice President.

It’s unlikely that Biden will be able to rejuvenate the stagnant peace process between Israelis and Palestinians. That may require a new occupant in the White House. But the U.S. role is only one part. Relations between Palestinians and Israelis are at an all-time low, according to a survey published on Tuesday by the Pew Research Center. The survey found that almost half of Israeli Jews backed the transfer, or expulsion, of Palestinians to other countries.

The number of religious Jews who supported expulsion was higher, with 69% of ultra-Orthodox Jews supporting it. The number of Palestinians citizens of Israel, known as Arab Israelis, who still had faith in a peaceful two-state solution had dropped, with 74% believing it possible in 2013, and only 50% in 2015.

Only 43% of Jewish respondents believed in a viable two-state solution. 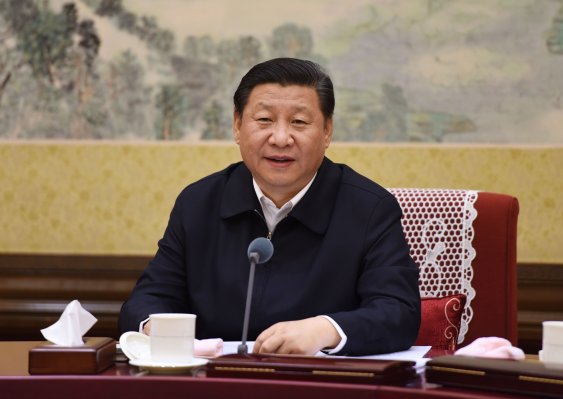