Marina and the Diamonds Speaks Out on Kesha's Legal Battle: 'She Will Win in the End'

Marina and the Diamonds performs on Feb. 26, 2016 in The Hague, Netherlands.
Dimitri Hakke—Getty Images
By Nolan Feeney

Marina and the Diamonds is joining the likes of Adele and Lady Gaga by voicing her support for Kesha amid the “Tik ToK” singer’s legal battle against music producer Dr. Luke.

Marina (real name: Marina Diamandis) called Kesha “brave” for “confronting her alleged abuser in front of the entire world” and believes that Kesha “will win the end.” She issued her statement in a series of tweets on Tuesday, which also is International Women’s Day, a few days after telling one fan on Twitter that she planned to speak out on the matter.

(Read next: Why Marina and the Diamonds Wrote a Song About Rape Culture on Her New Album)

“To all of Kesha’s fans who have been protesting, I truly admire you,” Marina wrote. “When you fight for someone else’s injustice, you also fight for the injustices in your own life.”

In a 2014 lawsuit, Kesha alleged that music producer Dr. Luke verbally and sexually assaulted her; Dr. Luke (real name: Lukasz Gottwald) has repeatedly denied the allegations. Last month, a judge ruled that Kesha could not be released from her record label contract while her lawsuit plays out in court, which prompted stars such as Lady Gaga and Ariana Grande to back her on social media.

(Read next: Hear Marina and the Diamonds’ Stunning Over of Cyndi Lauper’s ‘True Colors’)

Read her tweets below: 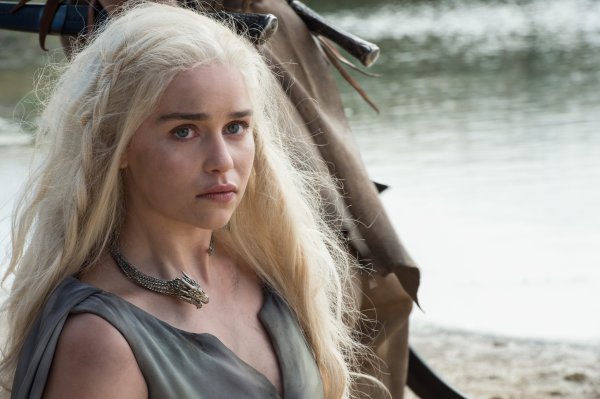 Watch the New Game of Thrones Season 6 Trailer
Next Up: Editor's Pick