U want 2B a better writer?

Good writing is often looked at as an art and, frankly, that can be intimidating. No need to worry. There are rules — even science — behind writing well.

Our brain works a particular way; so what rules do we need to know to write the way the brain best understands?

To find out the answer I gave Steven Pinker a call.

Steven is a cognitive scientist and linguist at Harvard. He’s also on the Usage Panel of the American Heritage Dictionary.

Steven was recently ranked as one of the top 100 most eminent psychologists of the modern era.

His latest book is The Sense of Style: The Thinking Person’s Guide to Writing in the 21st Century. And it’s great.

And a lot more. Let’s get to work.

Related posts: What 10 things should you do every day to improve your life?

1. Be Visual And Conversational
One third of the human brain is dedicated to vision. So trying to make the reader “see” is a good goal and being concrete has huge effects.

You also want to be conversational. Too many people are trying to impress others and sound smart.

And research shows that trying to sound smart actually makes you look stupid:

Research shows things that are easy for our brain to process feel more true than concepts that require work.

Think of the writer as an equal. If you’re trying to impress, at best you will make the reader feel dumb. And nobody likes to feel dumb.

Imagine you’re telling a friend who is as smart as you are something they don’t know.

(To learn more about what the words you use say about you, click here.)

Those two simple things — be visual and conversational — can instantly take your writing to the next level. But they’re not the #1 obstacle you face.

What’s the biggest reason your writing doesn’t shimmer and shine? Here’s where we get into some very interesting cognitive science.

Related posts: How To Make Your Life Better By Sending Five Simple Emails

2. Beware “The Curse Of Knowledge”
The main reason your writing isn’t clear is not your fault at all. Seriously, your brain isn’t wired to write well. It’s actually working against you.

Once you know something you assume others do too. It’s human nature. And that leads to bad writing.

Ever hear someone say, “Explain it to me like I’m 5 years old”? That’s an attempt to get around the curse of knowledge.

So what’s the best way to avoid the number one problem in writing? Do what writers have done forever:

Have someone else read your work and tell you if it makes sense to them.

So you got yourself an editor (even if that just means your friend Larry is reading it for you.)

What do you need to do to make sure your reader is with you from the start?

3. Don’t Bury The Lead
Yeah, it’s an old saying from journalism. What’s it mean? Tell the reader what your point is. And tell them early.

What I didn’t know was that this isn’t just an old journalism saying — it’s also backed by research.

People need a reference point so they can follow what you’re saying. Without it they’re lost.

Feel like that will kill the suspense? Again, stop trying to be clever and just be clear.

Suspense isn’t useful if people have no idea what you’re talking about and quit reading after the first paragraph.

How soon should you say what the topic is? Soon. Really soon. Not too far from the beginning.

(For writing tips from a staff writer on Family Guy, click here.)

So you’re not trying to be smart and clever and you told the reader up front what your point is. Awesome. Can you be clever now? Occasionally, yes.

4. You Don’t Have To Play By The Rules (But Try)
We all know those people who are sticklers about who and whom, and who ain’t very happy when you say ain’t.

But what these people forget is that when it comes to the “rules” of English, the lunatics are running the asylum.

Dictionaries aren’t rulebooks. They follow language, they don’t guide it.

Should we follow rules as best we can? Do they make our writing better on average? Absolutely.

But creative license is encouraged. Languages can, should and will change and that’s great. To be a great writer, know the rules before you break them.

Do you want to live in a world where James Brown would be forced to sing “I Feel Well” instead of “I Feel Good”? Hell, no.

(To learn about all the positive effects writing can have on your life, click here.)

So you gotta learn the rules to break them. What’s the best way to learn those rules that doesn’t feel like 4th grade English class all over again?

5. Read Read Read
Many great writers have never read a book about writing. Ever. So how did they learn?

Yes, research shows you can tell a lot about a writer’s personality by reading their stuff.

So you’re reading. But there is one last thing you need to do with everything you write and, frankly, it makes all the difference.

Related posts: 4 Lifehacks From Ancient Philosophers That Will Make You Happier

6. Good Writing Means Revising
Being a better writer doesn’t mean that the words come out perfect immediately. It means you spend time to hone them.

The way the ideas initially pour out of your head is not the best way to get them into someone else’s. That takes work.

You need to beat those words into submission. Roll up your sleeves and wrestle with them. Make time to revise.

It’s all in the editing. Think that texting, email and social media are destroying the written word? Wrong.

For more writing tips from Steven Pinker, join over 195,000 readers and get my free weekly email update here.

Christian Rudder points to research showing Twitter might actually beimproving people’s writing by making them edit and be more concise.

Via Dataclysm: Who We Are (When We Think No One’s Looking):

(To learn the ten rules for communicating effectively, click here.)

All ready to stop reading and do some writing? Let’s round up what we’ve learned and put it in perspective.

SUM UP
Here are six of Steven’s tips for good writing:

Rules, rules, rules. There is a science behind these words but as Steven makes clear, language is ever-evolving. It’s organic and alive.

So don’t forget to have some fun with writing, too. As Oscar Wilde said: 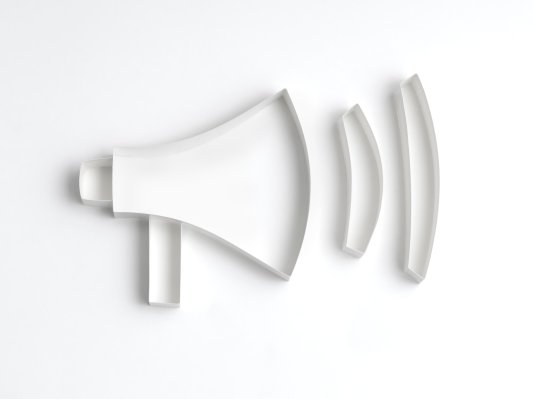 The Key Persuasion Technique of the FBI's Top Hostage Negotiator
Next Up: Editor's Pick