Republican presidential candidate Donald Trump guides everyone to pledge to vote for him as he speaks during a campaign event at the CFE Federal Credit Union Arena in Orlando, FL on March 5.
Jabin Botsford—The Washington Post/Getty Images
By Katie Reilly

“I don’t know about the Hitler comparison. I hadn’t heard that, but it’s a terrible comparison. I’m not happy about that, certainly,” Trump said in an interview on Good Morning America on Tuesday. “I don’t want that comparison, but we have to be strong. We have to be vigilant.”

Former Mexican President Vicente Fox, comedian Louis C.K. and former New Jersey Gov. Christine Todd Whitman are among the people who have compared Trump to Hitler because of the rhetoric he has used throughout his campaign.

At recent rallies, Trump has asked supporters to raise their right hand and repeat a pledge to vote for him. In a Today Show interview on Tuesday morning, Trump dismissed as “ridiculous” criticism that the pledge is reminiscent of the Nazi salute, and he said he hadn’t realized it was a problem.

“I think it’s ridiculous. I mean, we’re having such a great time,” Trump said. “If it’s offensive, if there’s anything wrong with it, I wouldn’t do it.”

He said the pledge is all in good fun and he would look into whether it has been offensive when deciding whether to do it again.

“I’ll certainly look into it because I don’t want to offend anybody, but I can tell you that it’s been amazingly received, well received,” he said. 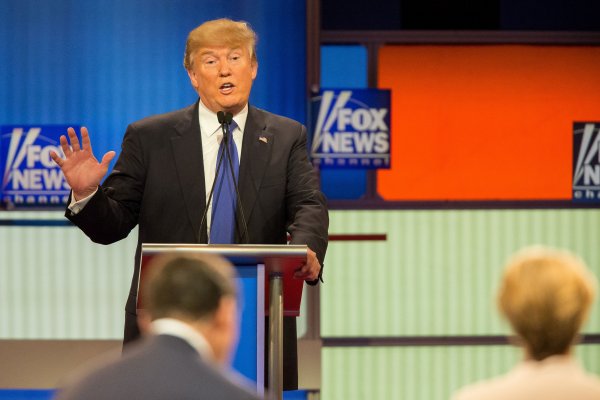 Better Business Bureau: Trump U. Had D- Rating in Final Year
Next Up: Editor's Pick