China’s Communist Party Is Looking for Answers in Reaganomics

Delegates leave after the closing session of the third session of the 12th National People's Congress at the Great Hall of the People in Beijing, China, March 15, 2015
Bloomberg/Getty Images
By Rana Foroohar

You’ve really got to give China’s Communist Party propagandists an A for effort.

As part of a new roll out of reforms designed to bolster falling growth, the Party PR team has launched a state-approved rap song that puts policy to a back beat. “Reform the supply side, upgrade the economy,” runs the tune. Maybe it loses something musical in translation. But the question is whether it makes any sense economically. “Supply side” economics, a term most associated with the tax cuts and deregulation of Reagan years in America, seems an unlikely reform slogan for China’s state-led economy. After all, the Reagan Revolution represented the kind of naked free-marketism Karl Marx bemoaned and the Chinese revolution claimed it would redress.

But a kind of supply side economics is what’s being pushed this week at the National People’s Congress in Beijing, as leaders acknowledge the existence of “zombie firms” that may require “bankruptcy liquidations.” Translation: policy makers are talking openly about the fact that large swaths of China’s economy are in meltdown, and trillions of dollars of government stimulus has done nothing to offset the fact.

Can supply side economics help China? It depends on how the concept is implemented. Though supply side theory has become synonymous with the laissez-faire, trickle-down Capitalism—which in an age of rising inequality have been largely discredited—the core idea was developed, ironically, by a French economist, Jean-Baptiste Say. Say said that supply—the creation of new goods, products, and services—created its own demand, by dispersing money into the economy in the form of wages and profits, which could then be spent by a rising consumer class. The key and often-forgetten caveat is that Say believed there could be supply and demand mismatches – powerful institutions like the state or large financial firms could distort the rules of the game. Wealth, in effect, didn’t always trickle down if it was being funneled off the side by vested interests.

That’s exactly what’s happening in China now. The Chinese economy has slowed because its outdated economic model, which is predicated on cheap capital and cheaper labor, has stopped working. This is a fact even top policy makers all-but-openly admit. When the U.S. and Europe stopped spending in the wake of the 2008 crisis, China’s export economy tanked, and the government stepped in to prop things up with a stimulus plan of unprecedented proportions. This resulted in a debt bubble that grew three times as fast as the ruinous American subprime bubble. Result: there’s so much debt in the Chinese economy now, that about half of new loans are going to pay off interest on existing ones. This creates a snowball effect of slower growth, which the government has desperately tried to buffer with more credit. This “self reinforcing relationship” is what’s caused the “large disruptions in the financial markets” recently, says Peking University economist Michael Pettis, a highly regarded China observer.

Traditional supply side theory is in compatible with the Middle Kingdom in the sense that it would assume that the government just needs to stimulate more production, and demand will follow. In fact, just the opposite has happened. China’s state-led construction boom has created to ghost cities and asset bubbles. But to the extent that supply siders acknowledge that powerful forces can distort the natural laws of supply and demand, they are on to something. The Chinese state desperately needs to move its economy from a government-led model in which cheap capital of consumers gets funneled into unnecessary and unproductive infrastructure projects. (This only bolsters the wealth of a small minority of very rich people and Party elites, a Venn diagram with considerable overlap.) The country has to find a way to, instead, boost household wages and consumer spending.

That is happening, but slowly. As Pettis points out, consumption has only been rising as a percentage of the Chinese economy since 2012—and only by about 1/5th the amount that’s needed to really change the model. Meanwhile, debt continues to rise twice as fast as growth—a nosebleed rate that has market watchers worried about more stock crashes and bond defaults.

This means China’s policy makers could actually stand to take some lessons from the Reagan years. Despite all the political rhetoric about a smaller state and less spending, debt—both government and consumer—actually rose during the 1980s in the U.S. That’s because politicians used financial markets and easy money to buffer the fact that the American economy had actually been growing more slowly for years. The potential solutions to the real underlying problem—creating a true national competitiveness program for a more globalized world, reforming education, and figuring out a way to share corporate wealth more broadly—were too contentious to touch. It was basically a continuation of the “guns and butter” debate that began in the 1970s, and led politicians to cede control to the free markets, which proceeded to blow up every so often, a reminder that asset bubbles aren’t the same thing as real growth.

China is going through much the same thing now. (Indeed, the government has actually started repacking subprime type loans to try and offload some of its bad debts.) And so far, it’s unclear what “supply side” reform will really mean in the Chinese context. The government has called for policy proposals from think tanks, which run the gamut from closing down old coal fired power plants to liberalizing financial markets to focusing on creating more upscale goods and services. None of them are bad ideas, but they will only work in the context of fixing the real problem by shifting more of the society’s wealth from government- and state-run corporations to individuals.

It’s impossible to know how China’s version of Reaganomics might accomplish that. What we do know, it didn’t work in the US. 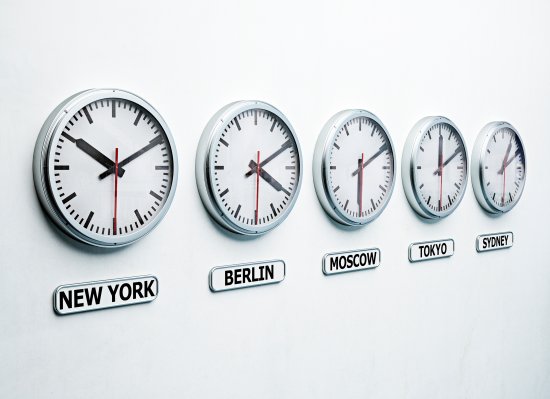 It’s the Global Economy, Stupid
Next Up: Editor's Pick