In a tweet posted Mar. 8, Kim Kardashian claimed that she recently cashed an $80 million check related to her mobile game, Kim Kardashian: Hollywood. The message came in response to controversy over racy selfies she posted to the service.

It’s not possible to verify Kardashian’s claims exactly. But the company that develops her game, Glu Mobile, reported $249.9 million in revenue for the 2015 fiscal year. It’s a safe bet the celebrity-turned-entrepreneur is taking home a decent sized slice of that; it’s unlikely the game would be doing well without her branding and support.

“Our ability to exceed revenue and EBITDA expectations in Q4 was driven by the ongoing traction of our catalog titles, including the continued solid performance of Kim Kardashian: Hollywood, Cooking Dash 2016, Racing Rivals and Deer Hunter 2016,” said Glu CEO Niccolo de Masi in a Feb. 3 statement on the company’s yearly results.

Kardashian’s success in reaping big money from mobile gaming contrasts with the ongoing financial struggles of many big-name mobile gaming studios, like King and Zynga. 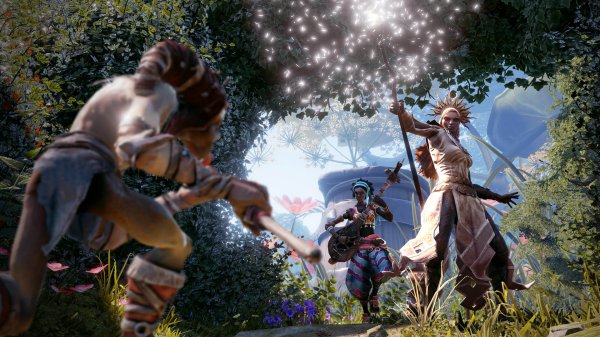 Microsoft Just Canceled the Next Fable Game
Next Up: Editor's Pick