The moon will slowly and completely cover the face of the sun, enveloping the sky in darkness this week during a brief total solar eclipse.

The celestial spectacle, which NASA says happens about once a year on Earth, will begin on Wednesday in parts of Southeast Asia and will cross the international date line to end Tuesday local time, the New York Times reports. Indonesia, Borneo and Sulawesi will experience a blackout at some point from 7 to 11 a.m. local time, according to the newspaper.

NASA has sent a team of scientists to Indonesia, where researchers will document the total solar eclipse for an experiment aimed at measuring a certain kind of light scattered by electrons in the lower corona. The area can only be observed during total solar eclipses, the space agency said.

The period of total eclipse, called totality, will occur at 7:37 p.m. EST and last for about two minutes, according to Slooh, a space broadcasting website. Another eclipse will be visible across the U.S. in August 2017.

TIME will host a livestream of the event on this page provided by Slooh, which will feature solar experts, including Professor Lucie Green and Slooh astronomer Bob Berman. Skygazers can also follow along live with NASA.

Slooh is a TIME partner. You can go to Slooh.com to join and watch this live broadcast, snap and share your own photos during the event, chat with audience members and interact with the hosts, and personally control Slooh’s telescopes. 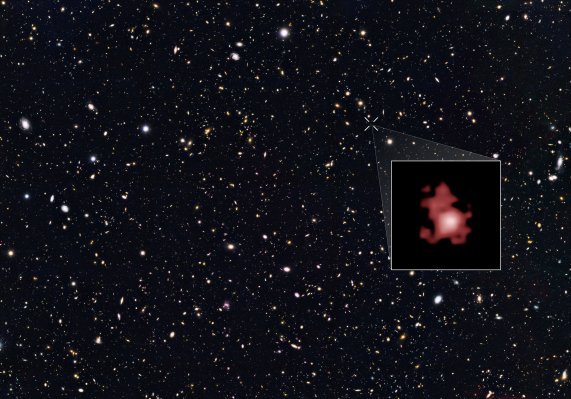 The Hubble Telescope Just Broke a New Cosmic Record
Next Up: Editor's Pick