The 83 signatories claim that the move, which aimed to create the single largest photography collection in the world, is a “backward step in our understanding of the importance of visual culture,” they write in a letter sent to The Guardian.

“A number of us who have deposited our photographs in the museum did so specifically because we wanted our work to be preserved in the north,” they add.

In February, Britain’s National Media Museum (NMM) in Bradford announced that more than 400,000 objects were set to join the existing 500,000 archive in a new International Photography Resource Centre at the Victoria and Albert Museum (V&A) in London, as TIME reported.

For signee Brian Griffin, a British photographer, the move deprives northern England of access to any major photographic collection. “It is narrow-minded to centralize everything in the capitalist city,” he says. “We must spread the treasures around and give more people a bite of the cherry.”

But there are other concerns. “Aside from the understandable and vigorously expressed pro-northern arguments about keeping the archive within reach of those who live outside the capital, there is a fear that the National Media Museum will lose its status as the UK’s national museum of photography – an institution able to unite both the science and art aspects of photography,” says Amateur Photographer news editor Chris Cheesman. The move could also have broader consequences. “Will this lead to a more selective and narrower appreciation of photography that existed before the formation of the National Media Museum in 1983?”

For Magnum photographer David Hurn, another signee, it’s also a question of what is best for these collection. “While the Victoria and Albert Museum is an honorable institution, it is not a proper gallery,” he says. “It’s a corridor. And now with this decision to move, one of the world’s most historic collection of photographs, the Royal Photographic Society photo archive, is in limbo.”

Some see the move as a series of tactical decisions that threaten the photographic community. “This government, they’ve got their hatchet out and they are hacking away at the arts,” Griffin says. “Last year we saw major cutbacks to the Library of Birmingham and now the National Media Museum is at risk. The photographic fraternity is very upset.”

In the letter, the signatories posed other options to explore, including making the museum independent, or handing it over to the city of Bradford, which owns the building.

“It’s not hard to sign a bit of paper and say I think this is wrong,” Hurn says. “But more and more, I feel totally helpless. We say we disagree and they will place a note in the back somewhere, and move forward with their plans. In the end I say ‘bugger’ and get on and do what I do and as well as I can. But in this case, I feel that I’ve been castrated.”

While the Science Museum Group trustees have decided to review 85,000 of the 400,000 objects cited in their original announcement, no plans to veto the decision have been announced. The V&A did not return TIME’s request for comment. 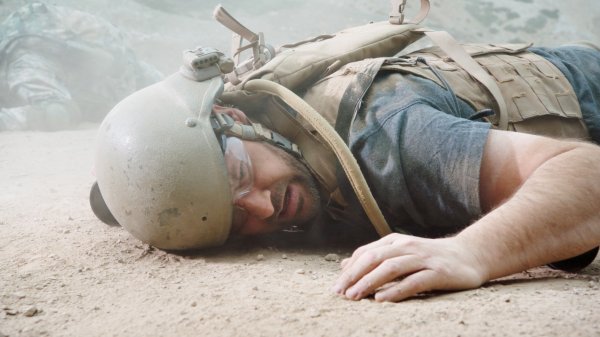 Photojournalist Stars in New Squarespace Commercial
Next Up: Editor's Pick