International Women’s Day, which falls on March 8 each year, is a time to celebrate the achievements of women socially, economically, politically…and culturally. So we can’t think of a better way to celebrate than by asking for what you’re worth, supporting women in the entertainment industry and picking up one of these eight new novels by women from around the world.

The Vegetarian
By Han Kang, translated from Korean by Deborah Smith

The novel’s protagonist, Yeong-hye, wakes up one morning and, thanks to troubling nightmares, is suddenly a vegetarian. The transformation brings unexpected and dark ramifications to her home life, with emotional and physical traumas leaving her a strange shell of her former self. Originally published in South Korea nine years ago and eventually turned into a movie, The Vegetarian is now available in English in the U.S. for the first time.

The Life of Elves
By Muriel Barbery, translated from French by Alison Anderson

From the author of The Elegance of the Hedgehog, an international bestseller, comes a new novel about two young girls with uncanny gifts: Maria lives in provincial France and is able to communicate with the natural world; Clara lives in rural Italy and is a musical savant. Both share a connection to the world of magic, which finds itself in a moment of crisis and in need of some heroines.

The Kindness of Enemies
By Leila Aboulela

The Sudanese-born novelist who now lives in Scotland tells the story of a Sudanese-Russian professor (also living in Scotland) who studies the 19th-century Caucasian War. When she meets a student whose family owns a famous sword from the battles, both their lives become complicated—and the young man is taken into custody. The narration alternates with a story about a woman who was caught in the middle of that very war, a Georgian noblewoman who finds herself taken hostage.

The Girl in the Red Coat
By Kate Hamer

When Beth, a British single mother, loses sight of her daughter, Carmel, in a crowd, it’s the beginning of a long, painful separation for both. The 8-year-old has been taken by an older man who says he’s her grandfather and that her mother has died in an accident. Hamer (who lives in Wales) alternates each chapter’s narration between Beth, struggling to find out whether her daughter is even alive, and Carmel, who is taken around the U.S. to spiritual events with her “Gramps” and finds it harder each year to remember where she came from.

The Book of Memory
By Petina Gappah

An Albino woman named Memory is imprisoned for murder in Harare, Zimbabwe, accused of killing her white adoptive father. To prove her innocence and save herself from the death penalty, she begins writing down everything she knows—but the details prove hazy and the facts of her unusual life are elusive.

Ways to Disappear
By Idra Novey

When celebrated Brazilian novelist Beatriz goes missing—last seen with a suitcase, smoking a cigar and sitting in a tree—her English language translator, Emma, immediately flies from Pittsburgh to Rio to search for her. Novey (a translator herself) follows Emma as she hunts alongside Beatriz’s children, scouring Beatriz’s writings for clues to her disappearance.

Half a Lifelong Romance
By Eileen Chang, translated from Chinese by Karen S. Kingsbury

Half a century after this Chinese classic was first published, it’s now available in English in the U.S. for the first time. Chang (who Americans may know through the Ang Lee adaptation of her novella Lust, Caution) tells the story of engineer Shen Shijun who hopes to marry his coworker Gu Manzhen, but family and society intervene at every turn.

The Man Who Snapped His Fingers
By Fariba Hachtroudi, translated from French by Alison Anderson

Two exiled citizens of the totalitarian “Theological Republic” meet somewhere in northern Europe—one a former colonel to the “Supreme Commander,” the other a former prisoner known for having refused to name names. Now the shoe is on the other foot, and it’s the ex-prisoner who may be in a position to help the colonel. Hachtroudi, who herself fled the Iranian revolution in 1979, won the French Human Rights Prize in 2001. 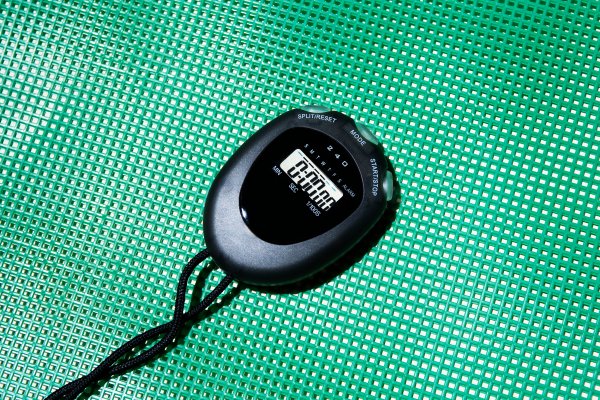 9 Habits of People Who Are Always on Time
Next Up: Editor's Pick