A member of the press inspects the new trackpad on a MacBook Pro laptop after a special announcement event at Apple Headquarters October 14, 2008 in Cupertino, California.
Justin Sullivan—Getty Images
By Lisa Eadicicco

Mac users are no longer immune to an increasingly popular type of virus, researchers say.

A Ransomware virus, which locks files on a victim’s computer unless the user sends hackers money, has affected Apple’s desktop operating system for the first time, researchers at Palo Alo Networks said March 4.

The virus, which Reuters first reported, was detected in a downloadable Mac program called Transmission, which is used to share data through BitTorrent’s network. Researchers have nicknamed the ransomware “KeRanger.”

Palo Alto Networks warns that anyone who downloaded the Transmission installer between 11 a.m. PT on March 4 and 7 p.m. PT on March 5 may be at risk. It can take three days after installing the malicious software to see its effects, according to the researchers.

The KeRanger hackers are demanding that victims pay one bitcoin (about $400) to unlock affected files. The average asking price during a ransomware attack is around $300, a computer security researcher told TIME last year.

Apple has taken steps to make it impossible to install the affected app. Transmission’s developers have issued an update to address the issue as well.

The discovery is particularly noteworthy because Apple’s desktop operating system isn’t usually susceptible to such attacks. The only previously reported Mac ransomware dates back to 2014, but Palo Alto Networks says it was “incomplete” at the time of discovery. 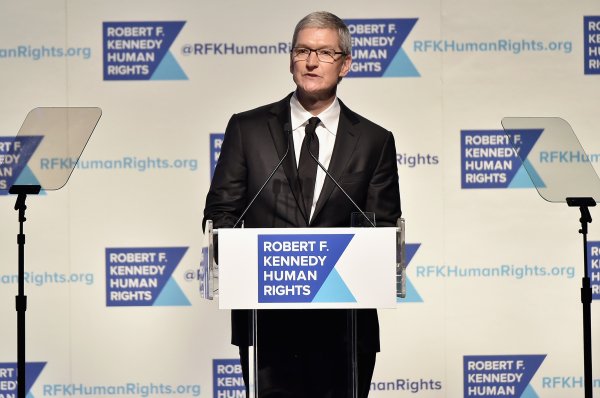 Father of Shooting Victim Asks Apple to Unlock iPhone
Next Up: Editor's Pick