The Most Heated Moment at the Democratic Debate

Vermont Sen. Bernie Sanders got testy with front-runner Hillary Clinton at Thursday’s Democratic debate during an exchange trade policies and the 2009 auto industry bailout when Clinton attempted to interrupt him.

“Excuse me, I’m talking,” he fired back at Clinton, in a moment that was the second-most discussed on Twitter of the debate.

As the presidential primary has gone on, debates between Sanders and Clinton have gotten increasingly prickly, with the Vermont Senator often casting side-eye or waving his hands at her remarks—moments that some Clinton supporters saw as derogatory or even sexist, while others thought just showed poor manners.

This response wasn’t the only time during the night when Sanders raised his voice to Clinton after an interruption—he shouted “Can I finish, please?” during a later exchange between the two on gun control. 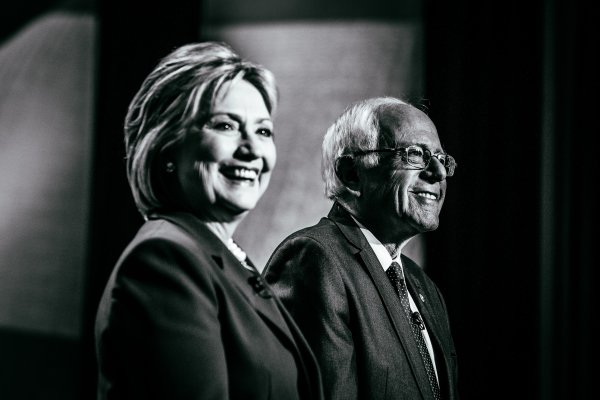 Vote Now: Who Won the Seventh Democratic Debate?
Next Up: Editor's Pick