Leaders from the European Union and Turkey are convening an emergency summit in the Belgian capital Brussels on Monday, in order to address the continent’s rapidly escalating refugee problem.

The meeting comes after U.N. High Commissioner for Refugees spokesman Babar Baloch declared a “humanitarian crisis” on the Greek-Macedonian border, where some 13,000 people are living in temporary shelters designed for 2,000, or out in the open.

They are hoping to cross Macedonia to reach Western Europe, but local authorities are only allowing 250 people to enter the country each day, al-Jazeera reports. It said that Baloch had described the gravity of the situation as “a wake-up call for the E.U. leaders.”

The summit’s objective is to contain the flow of migrants into Europe, with E.U. leaders offering Turkey more than $3 billion to house them and reportedly rehabilitate those who fail to find asylum in Europe, the BBC says.

More refugees arrived in Europe by boat during the first six weeks of 2016 than during the first four months of last year, according to the UNHCR. At least 18 people drowned off the Turkish coast on Sunday in an attempt to reach Greece. 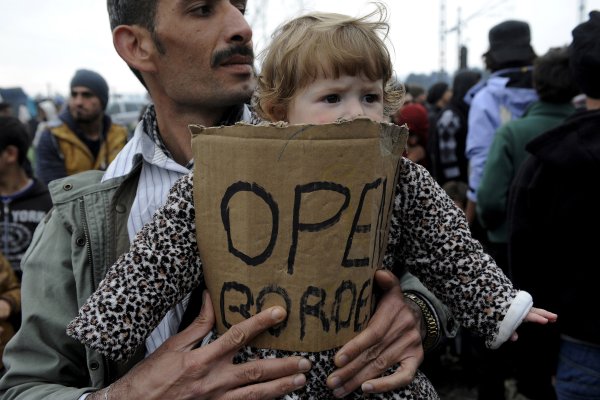 Migrants Stranded in Greece as Merkel Calls for Openness
Next Up: Editor's Pick