The action star and former governor of California used the video messaging app to tell his followers who he’s supporting in the upcoming election. “I want John Kasich to be the next nominee of the Republicans and also to be the next president of the United States. Here he is,” he says before panning the phone camera over to Kasich.

“Thank you, Arnold. Love you, man,” the presidential hopeful says with a grin. The actor then joined Kasich for a rally in Ohio.

Schwarzenegger was tapped to replace Republican frontrunner Donald Trump as the next host of NBC’s Celebrity Apprentice. 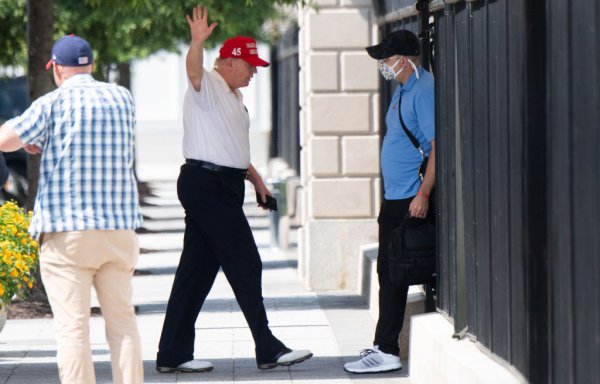