We Must Rewrite Women's Role in History

Portrait of American journalist, suffragist and Progressive activist Ida Wells Barnett, also known as Ida B. Wells, in the 1890s.
R. Gates—Hulton Archive/Getty Images
Ideas
By Anita Sarkeesian and Laura Hudson
Anita Sarkeesian, a TIME 100 honoree, is the founder of Feminist Frequency. Laura Hudson is an editor and culture writer who scripted the Ordinary Women series.

If we were to judge by the history books, it would be easy to think that men were pretty much the only people who mattered in history—or at least, the only ones worth remembering. That isn’t true, of course, but that’s the story we’re accustomed to hearing about the past: one where the presence of men is taken as a given, and the presence of women is exceptional.

But take a deeper look into history, and you’ll find countless women who did incredible things that weren’t recognized in their time—or even in ours. The erasure of women from history is two-fold: not only are we discouraged or punished for stepping outside the limited roles offered to us, but when we do achieve great things despite the odds, our accomplishments are often diminished, ignored or credited to men.

We want to focus our spotlight on the lives of women throughout history and around the world who defied stereotypes and broke barriers. Women like Ching Shih, who started out working in a brothel and ended up commanding one of the largest pirate fleets in history, or Ida B. Wells, who was born a slave and became a famous investigative reporter and civil rights leader.

One of the goals of Feminist Frequency has always been to help people reexamine the way they look at the narratives created by our culture, and the way that those stories look at women. Many of our videos have examined the world of video games, where stories about women tend to be written by men, and often in limiting ways that reduce women to objects of lust and affection, or limit us to secondary roles. Although based on fact rather than fiction, historical narratives often do something similar. Women tend to appear as the wives, mothers and daughters of the men who were doing important things, rather than important people in their own right.

But the story of history is just that: a story written by people with their own perspectives and biases, and one that has often ignored, erased or undervalued women. Changing it is as simple as changing focus, and looking directly at women like Ada Lovelace, who wrote the first computer program, and Emma Goldman, who spoke out about social justice, anarchism, women’s rights and labor reform, rather than looking away from them.

Regardless of what our cultural narratives tell us, women as leaders, heroes and rebels isn’t unrealistic—either now or throughout history. It’s reality—just not a reality we get to hear about often enough.

We hope that our project can help shift perceptions of what girls and women can do, not just in exceptional cases but in perfectly ordinary ones. We want the idea of female leaders, heroes and innovators to feel like something that’s always been woven into the fabric of reality—part of our past, part of our present and part of our future—because it always has. And because when we change our stories, we change the world. 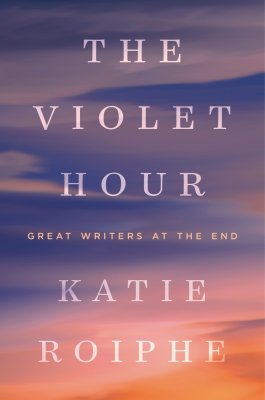 What I Learned From Writers in Their Final Days
Next Up: Editor's Pick