Louis C.K. on Donald Trump: 'The Guy Is Hitler'

Comedian Louis C.K. urged voters to stop supporting Republican presidential frontrunner Donald Trump on Saturday, including a lengthy and impassioned plea in an email about his web series “Horace and Pete.”

“Please stop it with voting for Trump,” C.K. wrote in the email, which was reported in full by Variety. “It was funny for a little while. But the guy is Hitler. And by that I mean that we are being Germany in the ’30s. Do you think they saw the s–t coming? Hitler was just some hilarious and refreshing dude with a weird comb over who would say anything at all.”

C.K. is far from the first comedian or public figure to criticize Trump, who faced scrutiny last week when he, at one point, refused to condemn the Ku Klux Klan or disavow an endorsement by former Klansman David Duke.

In the email, C.K. said he likes both Democratic candidates, Hillary Clinton and Bernie Sanders but would actually like the next president to be conservative because the country has had two terms of Democratic President Barack Obama.

“But it only works if the conservatives put up a good candidate. A good smart conservative to face the liberal candidate so they can have a good argument and the country can decide which way to go this time,” C.K. wrote. “Trump is not that. He’s an insane bigot. He is dangerous.”

Recent voting contests have shown Trump dominating the Republican primary. Even as some conservatives mount a campaign to stop the businessman, other members of the GOP fear no other candidate will be able to beat Trump to the party nomination.

C.K. compared Trump to Nazi leader Adolf Hitler, denouncing him for criticizing former prisoner of war Sen. John McCain and for vowing to make it easier to sue journalists for libel.

“He’s not a monster. He’s a sad man,” C.K. wrote. “But all this makes him horribly dangerous if he becomes president. Give him another TV show. Let him pay to put his name on buildings. But please stop voting for him.”

Read the full letter at Variety. 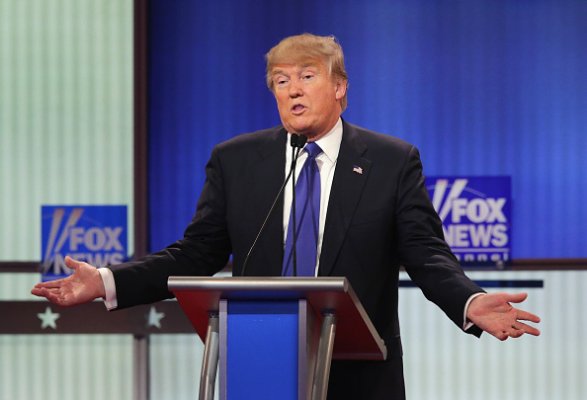