Your Bank Wants to Know Where You Are At All Times

Banks are beginning to use their customers’ cell phone locations to crack down on credit card fraud. By tracking users’ phones, banks believe they can figure out when a transaction is happening away from a credit card owner’s location, a high indicator of potential fraud.

U.S. Bancorp will be one of the first banks to make use of tracking on a large scale, the Wall Street Journal reports. The service, which was found to reduce fraud in pilot tests, will be opt-in for customers. Discover Financial Services and the military bank USAA want to launch similar services in the future.

Cell phone tracking could help banks save money, as they’re typically liable for reimbursing their customers in instances of credit card fraud. It could also help customers have their card declined less often when they’re traveling, as the bank would be able to tell that the customer and their card are in the same location. Visa believes the tracking could reduce such unnecessary declines by 30%.

However, using the service requires customers hand even more of their personal data over to giant corporations. Eventually, people may not have a choice. Bank executives believe it would be easier to include allowances for such tracking in the terms of service for banking apps, according to the Journal. 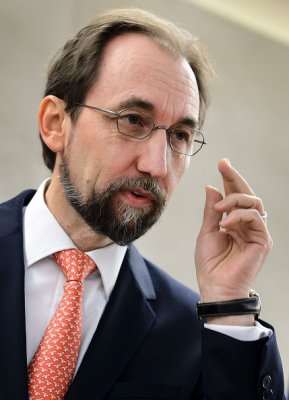 U.N. Official Warns Apple Case Could Have Global Impact
Next Up: Editor's Pick