The Hidden Links Between Autism and Genius

Erwin Nyiregyházi’s keen ear for music was obvious almost immediately. The Budapest-born musician tried to imitate singing before his first birthday. At 3 (and before he had ever taken a lesson), he began improvising and composing on the piano. He gave frequent recitals in the homes of wealthy Hungarians, and, at 8, he performed for the British royal family in London.

In 1910, Géza Révész, a lecturer at the University of Budapest, began studying a then 7-year-old Erwin. Révész ultimately published a book, The Psychology of a Musical Prodigy, in which he documented Erwin’s development over several years. The last composition Erwin sent to Révész was from the spring of 1914, when Erwin was 11. Of his subsequent development, Révész reported: “I regret to say I know nothing.”

A child prodigy is defined in the scholarly literature as someone who performs at an adult professional level in a demanding field before adolescence. The question of what becomes of such children when they grow up is intriguing. The media occasionally reported about Erwin, and a biographer later wrote an account of his life. But from a scientific perspective, there was nothing. Some might say he “fell off a cliff.”

That phrase—”falling off a cliff“—is often used in the context of autism to describe the transition from adolescence to adulthood. According to a study published in 2011, many autistic young adults experience a “steep drop” in services after high school. The availability of relevant research similarly plummets.

As we recount in our new book, The Prodigy’s Cousin, there are many hidden links between autism and prodigy. Child prodigies aren’t typically autistic, but they have extreme working memories, excellent attention to detail and a striking passion for their area of interest (imagine a kid who paints every day after kindergarten, devours images of Georgia O’Keeffe’s art and begins showing her own work at 7). These traits are also associated with autism. Many child prodigies have autistic family members, and there’s even preliminary evidence that prodigy and autism may share a genetic link.

Unfortunately, a lack of research into the full lifespan is one more thing that the two have in common. No one really knows what becomes of child prodigies as adults. While there have been longitudinal studies of children with extremely high IQs, nothing similar exists for truly prodigious children.

There’s a similar drop-off in autism research when it comes to adulthood. As Nancy Minshew, the director of the Center for Excellence in Autism Research at the University of Pittsburgh, said, though autistic adults have been involved in neuroscience and genetics studies, the research landscape “has been a desert” when it comes to adult treatments and other adulthood-specific issues. The scientists Patricia Howlin and Julie Lounds Taylor characterized autism in adulthood as “woefully under researched” in a special 2015 Autism issue. In 2011, another team wrote that research on older adults with autism was “practically nonexistent.”

One obstacle to studying autism in adulthood has been finding autistic adult participants. Lisa Gilotty, the chief of the autism research program at the National Institute of Mental Health, said that those reviewing study proposals were once skeptical of the feasibility of large-scale autism in adulthood studies. Autistic children could be located through schools and early intervention programs, but it was difficult to put together a sizable cohort of autistic adults. But in recent years, Gilotty said she has seen more researchers assemble of adult subjects and begin building larger cohorts of participants.

It can also be difficult to find a group of prodigies to follow into adulthood. One of us, Joanne Ruthsatz, has assembled a cohort of more than 30 of these children, which makes for the largest-ever prodigy research sample. Almost all of these prodigies are still young, and their trajectories largely remain to be seen. But the oldest among them are mostly still pursuing the specialties that made them prodigies in the first place. There’s no reason to think that there’s anything to the idea of “early ripe, early rot” for prodigies. But if it turned out that these kids were especially vulnerable at particular points in their lives, wouldn’t that be something worth knowing?

Just as seems to be the case with prodigy, autism in adulthood varies a great deal by person. But some of the early studies on autistic adults present a troubling picture. The authors of a 2012 study found that more than half of the autistic individuals who had left high school in the previous two years had not held a paid job or gone to school, a higher percentage than for those with a learning disability, intellectual disability or a speech / language impairment.

Autistic adults also report more difficulty communicating with their health-care providers and more unmet medical needs than non-autistic adults. They have increased rates of medical conditions ranging from depression to diabetes to Parkinson’s disease. Mortality rates are higher for those with autism.

In recent years, scientists have piloted promising new interventions and supports for autistic adults. For example, a team of researchers at the University of Pittsburgh (including Minshew) investigating the feasibility and efficacy of cognitive enhancement therapy for autistic adults achieved promising results in a small, 18-month study. Other research suggests that virtual-reality training for job interviews may improve self-confidence and performance for autistic adults. A team that investigated Project SEARCH, a supported internship model, found that autistic students who participated in the program seemed to have a greater likelihood of finding paid work after high school.

But there is still much more to be done to address questions about autism in adulthood, which include: What most improves quality of life for the autistic? How can we increase autism awareness and acceptance? And which autism interventions are effective for adults?

Childhood is an important time for the autistic, the prodigious, and for more typically developing kids, but it’s only the beginning of the story. 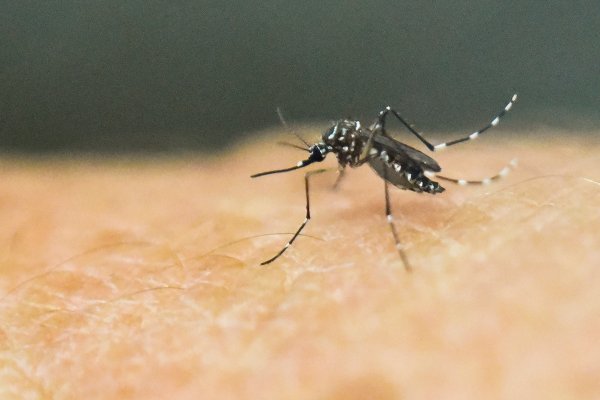 When the Army Went After Mosquito-Borne Disease
Next Up: Editor's Pick