NASA astronaut Scott Kelly is back on Earth after a record 340 days in space — which means he has an entire year of news and pop culture to catch up on. Luckily, Stephen Colbert is here to help.

On Thursday’s episode of The Late Show, Colbert offered Kelly a quick recap on everything he’d missed. He mostly sticks to celebrity gossip and Internet phenomena.

“Thanks to Taylor Swift, we have now learned that girls travel in what are called squads,” Colbert explains. He also demonstrates the Whip/Nae Nae dance that all the kids have been doing, but added, “the important thing to know is now that I have done it, they have stopped doing it.”

He also briefly mentions politics: “Of course there is a presidential race this year, and it’s … it’s going good. And, uh, don’t look it up.”

Colbert’s pop culture wrap-up is almost as good as Liz Lemon’s from 2012, though she struggled to fit everything in. (“Am I supposed to just scratch the surface of Channing Tatum’s meteoric rise?”) 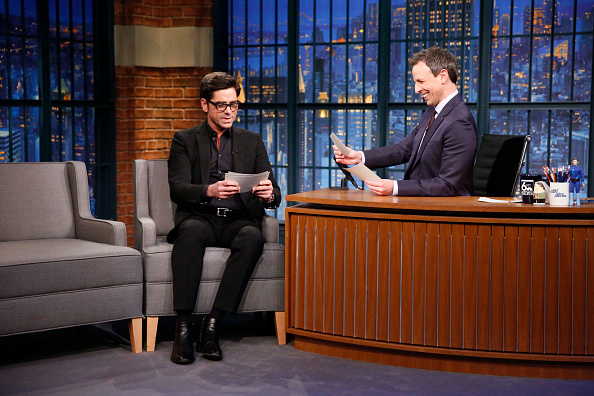