Donald Trump defended waterboarding, torture and killing terrorists’ families at the Fox Republican debate Thursday, all positions for which he’s drawn criticism during the course of his campaign.

When asked about former CIA Director Michael Hayden’s recent comments that the military could defy unlawful orders to torture or kill civilians, Trump said, “They won’t refuse. They’re not going to refuse, believe me.”

“You look at the Middle East, they’re chopping off heads, they’re chopping off the heads of Christians and anybody else that happens to be in the way, they’re drowning people in steel cages, and now we’re talking about waterboarding… It’s fine, and if we want to go stronger, I’d go stronger too. Because frankly, that’s the way I feel. Can you imagine these people, these animals, over in the Middle East that chop off heads, sitting around talking and seeing that we’re having a hard problem with waterboarding? We should go for waterboarding and we should go tougher than waterboarding.”

When Trump then went on to defend his assertion that the United States should target the families of terrorists, he repeated a debunked conspiracy theory about the September 11, 2001 attacks.

According to the Washington Post, “There is no evidence that the hijackers had wives in the United States, shipped them home or even told them of the plot in advance. In fact, virtually all of the hijackers were unmarried. So there is no way the alleged wives could have known what was going to happen.” 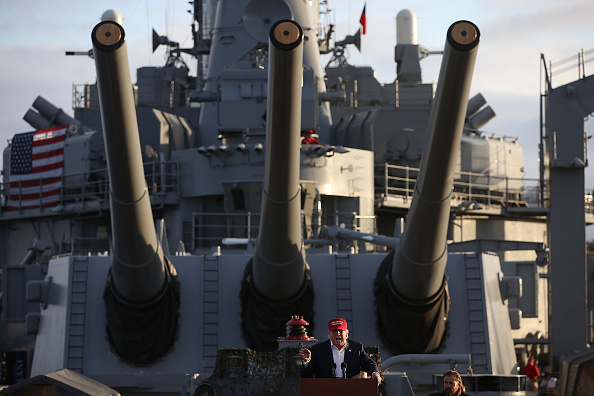