Watch Trump Talk About His Private Parts at the Debate

Donald Trump has broken with all kinds of norms during his presidential campaign so far, but he just went to a whole new plane during Thursday’s Republican debate when he talked about his private parts.

The whole thing started when Sen. Marco Rubio made a snarky comment at an event in Virginia last month about Trump’s apparently “small” hands.

“[Rubio] hit my hands. Nobody has ever hit my hands, I’ve never heard of this before. Look at those hands, are they small hands?” Trump told the audience in Detroit. “And he referred to my hands, ‘if they’re small something else must be small.’ I guarantee you there’s no problem, I guarantee it.”

Rubio did not, in fact, imply that anything else was small. “And you know what they say about guys with small hands…” he told the crowd in Virginia with a pause. “‘You can’t trust ’em!'” 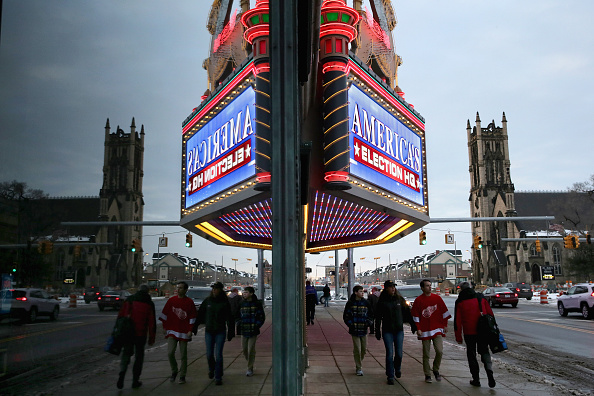 How to Watch Tonight's Republican Debate in Detroit
Next Up: Editor's Pick