The Workers Trying to Save Fukushima

Workers of TEPCO and the Kajima Corporation pose for portraits at the Fukushima Daiichi nuclear power plant in Okuma, Japan, Feb. 23, 2016. March 11 marks the fifth anniversary of the 9.0-magnitude earthquake and tsunami that killed some 16,000 people, as well as the subsequent damage to the reactors at TEPCO's Fukushima Daiichi Nuclear Power Plant.
Christopher Furlong—Getty Images
By Hannah Beech

Fukushima means “blessed ­island” in Japanese. Yet five years after the triple tragedy of earthquake, tsunami and nuclear meltdown—the natural disaster itself claimed nearly 16,000 lives—the region remains mired in misery. Around 100,000 people are still homeless, their land poisoned by the nuclear fallout from the accident at Fukushima Daiichi power plant. The accident will take decades to clean up.

A 2012 commission authorized by the Japanese parliament blamed the nuclear crisis on a toxic combination of sloppy oversight, bungled emergency procedures and a culture prone to unquestioning obedience. Yet it wasn’t until last month that the first criminal charges—of official negligence leading to death—were brought against former executives at Tokyo Electric Power Co., the utility that ran the plant.

Last October, the Japanese government for the first time awarded workers’ compensation to a man subcontracted for the cleanup effort at the disabled Fukushima Daiichi plant. After more than a year at ground zero, he developed leukemia. It’s hard to definitively prove a causal relationship between radiation and disease, whether physical or mental. But whatever the science says, Fukushima locals know their blessed island is now a byword for tribulation.

Christopher Furlong is a chief photographer at Getty Images. 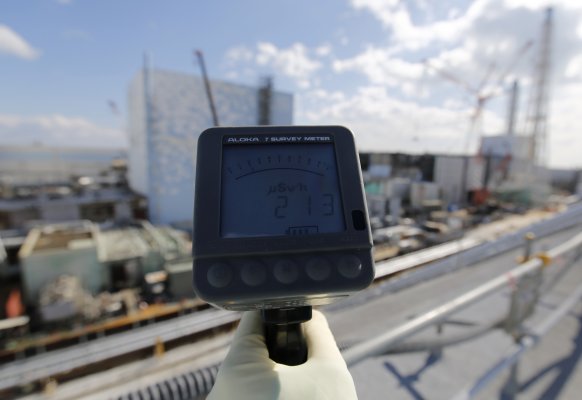 How the Fukushima Disaster Affected Food Safety
Next Up: Editor's Pick