Since Time Inc. went public in June 2014, we have repositioned ourselves as a multimedia company primed for growth. A key part of our strategy is to expand our portfolios internationally. To help achieve that goal, we announced in January the appointment of Steve Marcopoto as an executive vice president and president of Time Inc. International. Steve was previously president and managing director of Turner Broadcasting Asia-Pacific for 15 years, and earlier served in several capacities at Time Inc., including president of Time Inc. Asia.

As Steve notes, “Time Inc.’s global presence, stature and influence have been a hallmark of our company since the first issue of TIME was published in 1923. Today Time Inc. remains the leading content company and preferred destination for people who crave storytelling that is genuine, compelling and impossible to forget. We’re excited to expand our businesses outside the U.S. through print, digital, video, TV platforms, partnerships, acquisitions, licensing and commerce.”

In recent months we have been extending many of our brands and operations globally. We are growing rapidly in Bangalore where, by the end of 2016, Time Inc. India will have nearly 1,000 employees. We also recently announced that our Essence Festival ­franchise—a New Orleans fixture for more than 20 years—will launch in Durban, South Africa, this year. And we entered into a strategic partnership with All Sports Network, based in Hong Kong, which includes re-creating­ its two channels under the Time Inc. brand Sports Illustrated and working together on programs and coverage as well as launches on new digital products.

TIME was center stage too on Feb. 13 in Mumbai at the launch of Make in India Week, when the best of Indian innovation, design and manufacturing were on display. During the glittering opening ceremony, thousands of onlookers, including government officials and the heads of many of India’s biggest companies, watched as Prime Minister Narendra Modi presented the first TIME India Awards. They went to Tata Steel for Best-in-Class Manufacturing; to Hero MotoCorp as Manufacturing Innovator of the Year; and to Yogesh and Rajesh Agrawal of Ajanta Pharma as Young Maker of the Year.

The TIME India Awards were developed to ­recognize excellence in Indian manufacturing. Although profits were important, the awards went to companies that also demonstrated best business practices.

While the Indian government encouraged creation of the TIME India Awards, it assured their integrity by insisting we develop an impartial, research-based process for assessing India’s best manufacturers. Beginning with a database of more than 3,000 companies, we and our knowledge partner, McKinsey & Co., short-listed around 150 companies that were invited to complete a detailed application form. The three finalists in each of three categories were announced in January at the World Economic Forum in Davos, Switzerland.

The three recipients of the first TIME India Awards are world-class companies. We are pleased to recognize and honor their successes. We believe these awards will provide inspiration for Indian companies to develop products for everyone who seeks a better life. 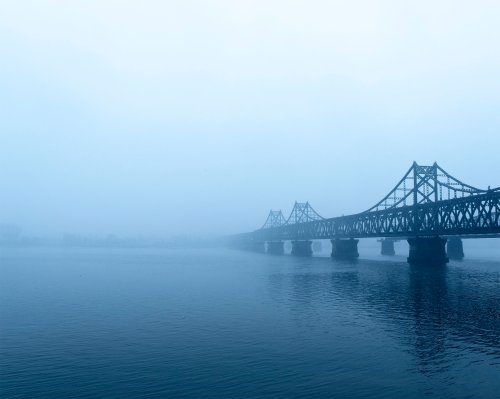 Escape from the Hermit Kingdom
Next Up: Editor's Pick