Escape from the Hermit Kingdom

In the long, cold months, to gaze upon North Korea from China’s Dandong city is an exercise in omission. On the Chinese banks of the Yalu River, neon glares and karaoke blares. Prostitutes prowl, their legs bared even in the chill of winter. On the other side, in the Hermit Kingdom, color dissipates. Everything is brown or gray or brownish-gray: sere hills, wheezing trucks, the few factories pushing smoke into the air. At night, the Democratic People’s Republic of Korea vanishes altogether, save a few glimmers of electricity.

China and North Korea were once famously as intimate as “lips and teeth.” Chairman Mao Zedong sent waves of Chinese soldiers to fight on the North’s side during the Korean War; his own son even died during the conflict. But while China has opened up its borders and economy, North Korea remains locked in socialist tyranny. Kim Jong Un—the 33-year-old scion of a hereditary dynasty—has hewed to the script of volatile dictator. Kim has tested nuclear bombs, executed economic reformers and thumbed his nose at the country’s only patron, China.

Beijing has shown increasing impatience, and last month it even joined with the U.S. to support unusually tough sanctions meant to persuade Pyongyang to abandon its nuclear-weapons program. Yet Beijing can’t push too hard—were North Korea to collapse, China’s border areas would surely be deluged by refugees. Already, this frontier, documented in all its surreal desolation by the photographer Albert Bonsfills, feels like an artifact of geopolitics. Dandong is the region’s main trading entrepôt, mostly for gray-market goods. But a boom hasn’t yet materialized, even if new economic zones and skyscrapers proliferate. Ever since the December 2013 execution of Kim’s reform-minded uncle, Jang Sung Taek, traders in both countries have been on edge. A massive Chinese-built bridge endorsed by Jang himself idles in a state of near completion—just as it has for months. “They built so much, but business is bad,” says one Dandong businessman who travels to North Korea. “Who is going to fill the empty space?”

With no end to North Korea’s deprivation, cross-border crime has spiked. Chinese citizens dwelling near the border, some of them ethnically Korean, live in fear of a North Korean soldier going renegade and shooting up people for cash or a bite to eat—a horror that has happened before. Meanwhile, North Korean civilians continue to sneak across the Yalu and Tumen rivers that form most of the border, despite the threat of labor camps if they are caught by China and sent home. North Korean women who make it across can work as waitresses or marry ethnic Koreans whose poverty can afford them no Chinese wives. Others toil in factories that can resemble prisons or are trafficked into prostitution. At the same time privileged North Koreans manage to send their kids to expensive private schools in China. This unlikely elite has grown rich from the electronics, home furnishings and Choco Pies—a much coveted snack—that are funneled from China into the world’s most isolated nation.

North Korea is the definition of a prison state, yet China’s 1,420-km boundary with it is remarkably porous. Despite Beijing’s regulations against proselytization, South Korean missionaries still roam the Chinese side, saving souls and defectors—and putting themselves at risk of arrest. China’s frontier with North Korea attracts an eclectic mix of people, from frontier investors and curious journalists to Chinese tourists who gawk at a country that resembles theirs but half a century ago. Borderlands enthrall, even as they dissect the earth. 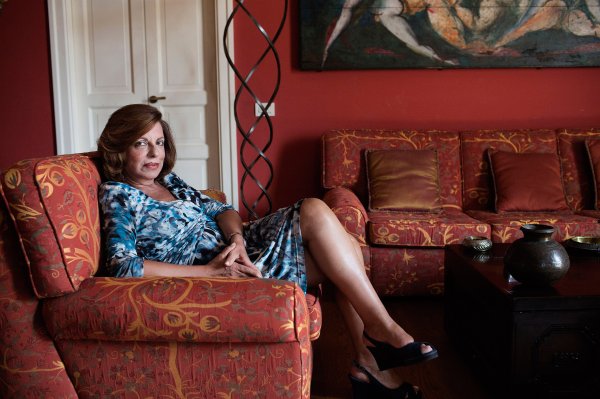 The 'Iron Prosecutor' Hunting the Godfather of Sicily
Next Up: Editor's Pick