Kanhaiya Kumar, center, in a blue and white shirt, the student-union president of Jawaharlal Nehru University, is escorted to the Patiala House Court in New Delhi, India, on Feb. 17, 2016
Rajat Gupta—EPA
By Rishi Iyengar

A student leader of India’s prestigious Jawaharlal Nehru University, whose indictment on sedition charges last month sparked nationwide protests, was granted bail by a court in New Delhi on Wednesday.

Kumar was arrested days after the slogans were shouted at an event to commemorate Afzal Guru — a convicted terrorist hanged in 2013 for allegedly masterminding attacks on India’s parliament in 2001.

Many continue to believe Guru, hailing from the disputed state of Kashmir, was unjustly implicated and executed.

Kumar has proclaimed his innocence, saying in his bail plea that he had neither organized nor participated in the event — a claim police have reportedly admitted is true, based on video footage. His arrest sparked mass demonstrations, with critics of Prime Minister Narendra Modi’s government lamenting a perceived increase in extreme nationalism and intolerance of dissent.

While granting him bail on Wednesday, the court condemned the slogans — calling for Kashmir’s independence and India’s destruction — as an “infection which needs to be controlled” before it “becomes an epidemic,” according to the Indian Express newspaper.

“The thoughts reflected in the slogans … cannot be claimed to be protected as fundamental right to freedom of speech and expression,” the bench of judges said.

Two other students charged with sedition, who surrendered to police last week, remain in custody. 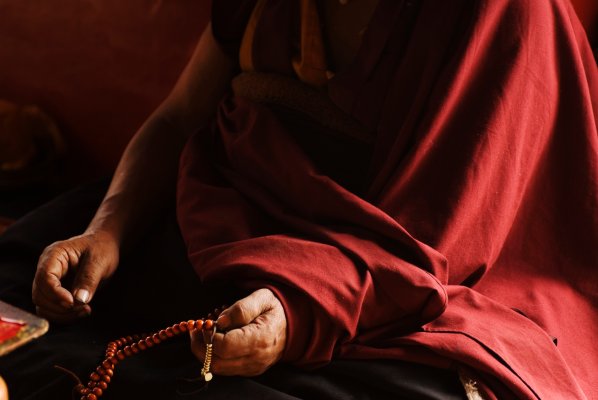 Tibetan Monk in China Said to Self-Immolate in Protest
Next Up: Editor's Pick