The Obamas Will Headline South by Southwest

U.S. First Lady Michelle Obama and U.S. President Barack Obama wait on the North Portico for the arrival of Chinese President Xi Jinping and his wife Madame Peng Liyuan ahead of a state dinner at the White House September 25, 2015 in Washington, DC.
Chip Somodevilla/Getty Images
By Dyland Kickham / Entertainment Weekly

Amidst the flurry of new music, films, and television series being showcased in Austin, Texas this month, the President and First Lady of the United States will take to the stage and give speeches.

Barack Obama will kick off South by Southwest’s 30th anniversary festival on March 11, festival organizers announced Wednesday. This appearance marks the first time a sitting president has participated in SXSW, and the first appearance at an internationally-recognized event in Austin, Texas for both of the Obamas.

President Obama will share in a discussion on civic engagement with Evan Smith, Editor in Chief of The Texas Tribune, as a part of SXSW Interactive. “The President will call on the audience to apply their ideas and talents to make technology work for us – especially when it comes to tackling big challenges like increasing participation in the political process and fighting climate change,” SXSW organizers said in a release.

On March 16, Michelle Obama give the opening keynote address for SXSW Music, and will talk about her Let Girls Learn initiative, which aims to support the education of adolescent girls.

“I can’t imagine a better way to celebrate our event’s 30th year than to welcome both the President and First Lady to SXSW,” SXSW co-founder Roland Swenson said in a statement. “As each new generation comes up at SXSW they look for ways they can be of service, and it’s important to reflect and support that message. President and Mrs. Obama’s visit here will inspire attendees to that purpose.”

South by Southwest will take place from March 11—20 in Austin, Texas. 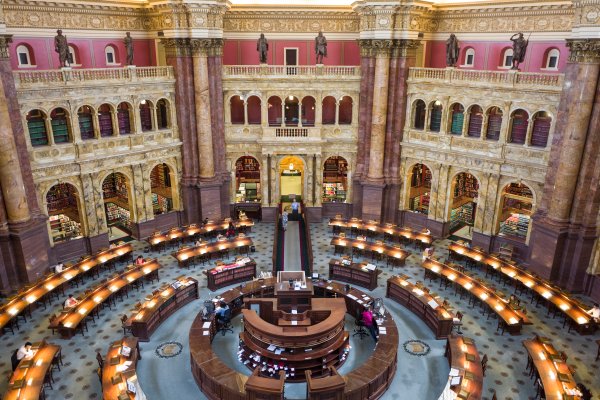 Obama's Nominee for Librarian of Congress Would Make History
Next Up: Editor's Pick