Gregory Caruso graduated from The School of Cinematic Arts from USC. He is a director and his production company, Bristol Pictures, is based in Los Angeles. He became known as "Hot Debate Guy" during the second Republican debate.

John Kasich has proven, time and time again, that he is the only true presidential candidate among the Republican nominees. The Ohio governor is the most experienced, and he is the only adult in the pack. He also has the best chance to beat Hillary Clinton, according to a recent analysis from RealClearPolitics.

Why do we continue to support the three-man circus act of Donald Trump, Ted Cruz and Marco Rubio? Why do the people of America place rhetoric and entertainment above practicality in the race for president?

If there is one word to describe the environment of the Republican Party these days, it’s immaturity—whether it’s Trump’s bombastic attacks, no better than a self-conscious bully’s in the school yard, Cruz’s whining to debate moderators for not being “fair,” or Rubio’s pleading and childish grin every time he feels frustration.

And then there is Kasich. He’s not as loud or young or defensive as the other candidates—which may be why too many overlook him. He’s a governor, an executive with more political experience than the remaining Republican candidate combined. And while he is surely as frustrated as Trump, as opinionated as Cruz and as passionate as Rubio, he has the unparalleled composure to present his vision in a strong but calm fashion.

Trump is a man of empty promises—a man without the knowledge to describe specifics and a man devoid of any self-respect or decency to refrain from embarrassing, juvenile outbursts. This man is childish, he is hateful, and he is the epitome of what America does not represent. A Trump presidency would not only split the Republican Party; it would also allow extremism to flourish and influence to change in the wrong direction. A Trump presidency would divide the country like never before and tarnish our image around the world.

And now Rubio and Cruz have begun to follow Trump’s example of immature and belittling attacks against their opponents. There is no honor in a man who does not stay true to himself and who knowingly lowers his own standards in pursuit of a greater reward.

Kasich represents the party of the future. Young conservatives, frustrated with the image of the old, stubborn, tired GOP should hear his message loud and clear. And young conservatives, who are more open-minded socially and less concerned about name-calling, should appreciate his balanced approach.

Every time Trump or Rubio or Cruz has mentioned Ronald Reagan and drawn a comparison to themselves, they have taken his name in vain. Reagan was strong, charismatic, smart, witty, experienced and lovable—neither Trump nor Rubio nor Cruz deserves to be mentioned in the same sentence as the 40th president. They all lack his undeniable class and wisdom. Each has brought the image of the Republican Party to a new low.

Kasich was elected to the Ohio senate at age 26, then ran for Congress almost five years later—serving for almost 20 years. He went on to become president of the House Budget Committee in 1995 and attempted a run at the White House fives years later. And he has served as a governor since 2010, winning 86 out of 88 counties in his re-election in 2014—proof that he can win support from both Democrats and Republicans.

After losses in Super Tuesday, the hope for a Kasich nomination relies on his ability to take Michigan on March 8 and Ohio on March 15—a winner-take-all state. If he succeeds, maybe history books will teach students about the time Donald Trump almost became president—and how lucky we were that John Kasich stayed in the race. 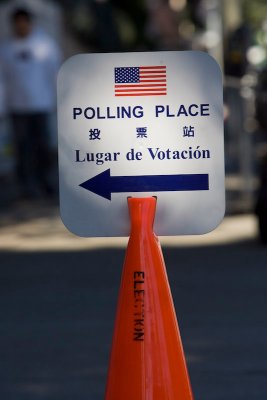 The Failed Strategy That Created Super Tuesday
Next Up: Editor's Pick