Netflix has no mercy.

The streaming service announced Wednesday that Fuller House, which dropped Feb. 26, has already been renewed for season 2.

Though the series was not received particularly well by critics, Fuller House trades largely in nostalgia and in the familiar, making it a favorite for Full House die-hards. If you’re all caught up — or if you just want to know what the series is all about — be sure to check out EW’s binge recap of season 1.

For the uninitiated, the revival follows the exploits of DJ Tanner Fuller (Candace Cameron Bure) as she cares for her three children with the help of her sister, Stephanie (Jodie Sweetin), and her childhood BFF, Kimmy (Andrea Barber), following the death of her husband. Original series stars Bob Saget, Lori Loughlin, John Stamos, and Dave Coulier have all made appearances; notably, only Mary-Kate and Ashley Olsen declined to reprise their roles.

There is not yet any news to report on who will be returning for season 2, when the second installment begins streaming, nor whether creator Jeff Franklin has managed to snag one of the Olsens after all. 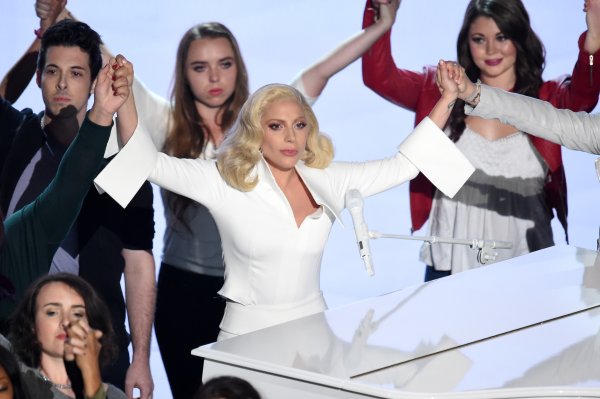 Lady Gaga Shares Her Family's Support After Her Moving Oscars Performance
Next Up: Editor's Pick