A renowned American scholar on India and its ancient language Sanskrit has become the target of dozens of the South Asian country’s academics, with over a hundred of them floating an online petition to remove him as editor of a prestigious Harvard University Press book series on Indian languages.

Sheldon Pollock, the current Arvind Raghunathan professor of South Asian Studies at Columbia University, should be barred from helming the Murty Classical Library of India — an ambitious effort to translate works in ancient Indian languages into English — because of his opposition to Hindu nationalist perspectives, the petition argues.

It has been authored and endorsed by 132 Indian professors, and so far has been signed more than 13,000 times.

In what many say is a disconcerting sign of India’s increasing Hindu nationalism under Prime Minister Narendra Modi, the petition also cites, as another reason for his removal, Pollock’s signature on two statements condemning the Indian government’s recent handling of a controversy at New Delhi’s Jawaharlal Nehru University, where students were charged with sedition under a colonial-era law for allegedly shouting “anti-India” slogans.

“It is crystal clear that Pollock has shown disrespect for the unity and integrity of India,” the petition claims.

The Indian academics also take offense to the fact that Pollock is an American, referencing Modi’s “Make in India” campaign (an effort to increase homegrown manufacturing) as a justification.

“The project must be part of the ‘Make in India’ ethos and not outsourced wholesale to American Ivy Leagues,” the petition says.

Several academics express consternation at the petition but also fear speaking out against it within the current environment, Washington D.C.–based education website Inside Higher Ed reported.

“I deplore these attacks on my colleague,” Wendy Doniger, a prominent Hinduism expert at the University of Chicago, whose work has been similarly attacked in the past, was quoted as saying.

“The whole situation both in India and among the American Hindu diaspora worries me greatly,” she added. 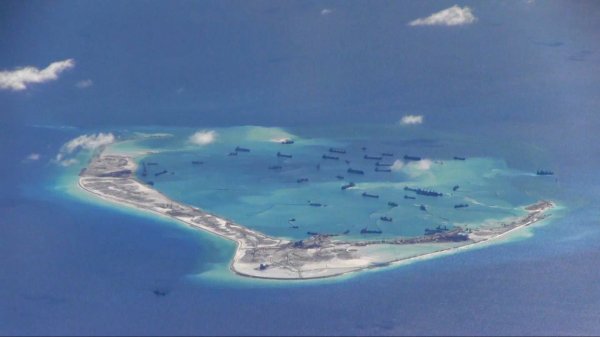 China Takes Over Atoll Near the Philippines: Report
Next Up: Editor's Pick