Hillary Clinton began her campaign looking for a quick victory. Bernie Sanders was never sure he could expect any victories at all.

Clinton swept through the biggest day of the campaign on Tuesday with wins in seven big states, building a dominating lead over Sanders. She will saunter forward with a large lead in pledged delegates and the confidence of the Democratic Establishment.

And Sanders, having won four states and already shaped the discourse of the Democratic primary, refuses to back down.

Both claimed a win of sorts on Tuesday night.

“Keep working. Keep breaking down those barriers and imagine what we can build together when each and every American has the chance to live up to his or her own God-given potential,” Clinton said in Miami.

“I know Secretary Clinton and many of the establishment people think that I am thinking too big. I don’t think so!” Sanders roared in Essex Junction, Vermont. “Our message is resonating and when the people when they stand together will be victorious.”

For Clinton, the path to the nomination is clear. She won big states, mostly by large margins: Texas, Virginia, Alabama, Tennessee, Arkansas, Massachusetts and Georgia. She has the overwhelming support of African-Americans across the states she won. She has rebuilt much of President Obama’s coalition, and speaks the language both of a progressive and a unifier.

“Trying to divide America between us and them is wrong, and we’re not going to let it work,” Clinton said. “If we resist the forces trying to drive us apart, we can come together to make this country work for everyone.”

All indications are that Clinton won broad support with minorities and women. In Georgia, exit polls show Clinton won 83% of black voters. In Virginia, she won 70% of women. Sanders, meanwhile, won whiter and more liberal states like Colorado, Minnesota, Vermont and Oklahoma by significant margins.

With the Clinton campaign seeing victory in sight, they have begun to lay their eyes on Donald Trump, the Republican front-runner who is also likely to win his nomination. Clinton’s speeches are peppered with references to her probable Republican opponent, and she has begun in recent days to shoot down his rhetoric.

Clinton’s allies piped in. “Her hard work is paying off,” said Cecile Richards, president of Planned Parenthood, which has endorsed Clinton. “As Super Tuesday results roll in it is clear that Hillary Clinton and Donald Trump have both had very good nights,” said Guy Cecil, chief strategist for Priorities USA, a super PAC supporting Clinton. He added “we are prepared to take on Donald Trump” in a general election.

For Sanders, however, Clinton’s pivot comes too soon. He has vowed to go forward to the Democratic convention in Philadelphia, despite heavy losses on Tuesday. His aides say they still see a path forward to the nomination, having picked up a percentage of delegates in all of the states he lost. He will be campaigning in Kansas and Maine this week.

There are a number of favorable states ahead, and his campaign aides predict a chance for a strong showing in Michigan. There, many blue collar workers and old union hands will be persuaded by Sanders’ strong stance against the Trans-Pacific Partnership and other free trade deals, which critics say have wreaked havoc on the state’s heavy industry.

His aides have privately dubbed the state the “showdown in Motown.”

“We tried to win it fast. We tried to win Iowa, New Hampshire and Nevada but that didn’t work out. But we do have Plan B. Plan B is, let’s settle in, let’s keep this going,” said Sanders’ top strategist Tad Devine. “Our strategy is let’s get through the toughest period.”

Sanders ended the night on a quiet note, stoking the fire in the wood-burning stove in the living room of his Vermont home while his family and a few staff watched the results come in on MSNBC. Clinton, meanwhile, was in the midst of a multi-state swing that took her from Boston on Tuesday morning to Miami in the evening, and New York City on Wednesday. “We’re going to work for every vote,” Clinton said.

Now, an important part of the battle turns to money: Sanders has proven he consistently rake in small-dollar donations. In February alone, Sanders brought in $42.7 million. His campaign sends out a fundraising email and attracts dollars like iron filings to a magnet. Clinton is touting her own grassroots dollars fundraising but has nowhere near the ability to raise cash online that Sanders does.

Sanders’ ability to raise cash allows him to stay in the race indefinitely: he does not have the problem of bundlers abandoning his campaign over losses. And it will make it harder for Clinton to pivot her campaign operations to the general election.

“We’re going all the way to the convention. We’ll see you in Philadelphia,” campaign manager Jeff Weaver said in a CNN interview.

Progressives see Sanders’ movement continuing in a groundswell that shapes the Democratic Party and forces its leadership to reckon with a new grassroots liberalism. Income inequality, campaign finance reform and more investment in government programs will have to be part of the new platform, they insist.

For Clinton, victory will be winning the nomination. For Sanders, it will be changing the face of his party. There may be room enough in the race for two winners. 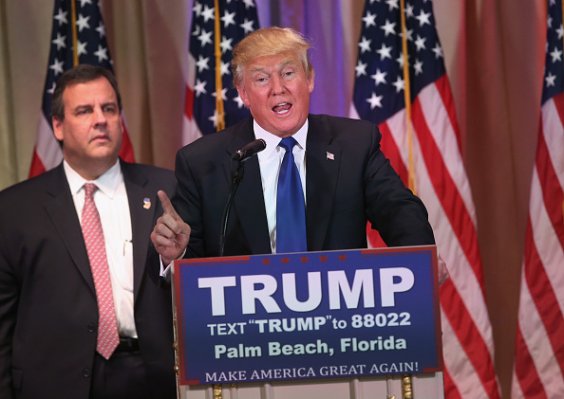 How Donald Trump Made Tuesday Super Again
Next Up: Editor's Pick