Hillary Clinton had a good showing on Super Tuesday.

The Democratic frontrunner took six states across the South, while opponent Sen. Bernie Sanders won Oklahoma and his home state of Vermont. Clinton pointed to her victory as a sign that Americans would reject the language coming from her Republican opponents, taking a jab at GOP frontrunner Donald Trump.

“Instead of building walls, we’re going to break down barriers and build ladders of opportunity and empowerment so that every american can live up to his or her potential because then and only then can America live up to its full potential too,” Clinton said during her victory speech in Florida. “The rhetoric we’re hearing on the other side has never been lower. Trying to divide Americans between us and them is wrong and we’re not going to let it work.” 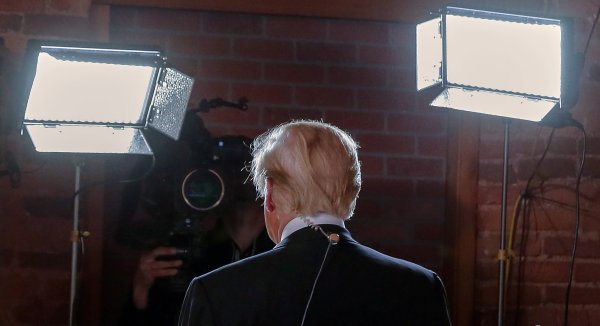