Review: Superhot Is a Shooter You'll Love Even If You're Terrible at Shooters

Misshapen bipeds beeline toward me in slow-mo, swinging bats, pistols, balled fists. Their bodies are polyhedral, mysterious, their heads blank spaces where faces should be. I raise my handgun to fire, and time speeds up. I miss, sidestep a punch, fire again and obliterate an enemy. Time slows again. Then wham, I’m toppling, surprised by a blow from behind. The screen floods with static, and I’m back where I started, caught in a combat loop like Tom Cruise in Edge of Tomorrow.

I’m playing Superhot, a shooter for PCs and Macs out Feb. 25 where enemies and objects move only when players do. That’s the hook. Step or pivot and everything spools up, like pushing “play” on an old-school tape recorder. Stand still and time slows dramatically, swords and swarms of shotgun pellets creeping toward you like snails through molasses. Remember “bullet time” from The Matrix? This is like that, but more.

Beneath the shooter veneer—don’t worry, you get to shoot plenty here!—lies an unexpectedly original idea that plays more like a turn-based puzzler. Only those turns consist of subtle choices along a spectrum of continuous activity. Imagine the butterfly flapping toward the hurricane but able to see and anticipate its catalytic connections—a form of self-aware chaos theory.

It’s such a simple thing, but completely upending. Slowed to a crawl, single enemies are easily dispatched, and groups of two or three topple like tenpins. Superhot antes up the difficulty by teleporting opponents in from all directions, or dropping you a few paces from a charging mob, or threatening to squash you with speeding vehicles. They’re not cheats or gimmicks, because coming unstuck from time is the ultimate gimmick: players can swivel 360 degrees before a bad guy’s traveled a foot. God-like, yes, but with great power comes asymmetric difficulty.

You’re always at least a step ahead of your foes, an apex temporal predator whose superpowers are time control and tactical clairvoyance. If you’re terrible at shooters or twitchy games, this is the shooter for you: a first-person action extravaganza that lets you scrutinize life-saving details lost in the havoc of realtime firefights. The challenge thus becomes more like synchronized swimming, or striking the perfect yoga pose. Think about the way instant replays change the granularity of a problem.

Learning how to read this new visual grammar becomes as important as lining up head shots or body blows. Slow-moving bullets leave long crimson wakes that double as directional tells, alerting you to a shooter’s location as well as where in the reload cycle someone’s weapon is. Take, for instance, the pellet spread from a shotgun blast slowed to a near stop, dozens of tracer lines arrowing backward like the bullet trails you see Spider-Man weave through in comics. Busy battlefields become lethal labyrinths, trace-lines from gunfire crisscrossing as you zip between actions.

Why you’re teleported into or out of these micro-crucibles is another matter. Missions that take moments to complete are often interrupted by low-tech dispatches from virtual friends who’ll send you messages about the game and what they think it’s up to. There’s a pseudo-hacker vibe to this side story, and some unmissable references to The Matrix. (Exhibit A: the ‘O’ character you travel into or back out of when you load or exit the game executable). There’s even a command line interface that has you chasing files down nested folders to see if there’s some secret decoder wheel for it all.

But if there’s a deeper narrative message than the clichéd ones about identity upload or reality displaced it was lost on me. There’s a callout in a few missions, for instance, to an old critical trope about games and Pavlovian conditioning that’s either trying to embody the critique or mock it. Maybe both? Sometimes Superhot feels a bit too hipster, like it wants you to know it knows we’re having a cultural moment about the glut of boring shooters and the inanity of endless ballistic brain-bursting. But that’s all it feels like—a wink and a nod, if cleverly stylish ones.

And there’s a minor but not ignorable problem here with content, because you can blow through the game’s sights and puzzles in an hour or two. Clever as so many of those puzzles are, there’s a sense of only incremental, iterative motion to them. I was hoping the studio would really pull out the stops at some point, that I’d have a moment like the one I did 80 hours into Jonathan Blow’s The Witness, where all the stuff you’ve learned coalesces in a mad genius way.

Alas, that never happens here. It’s more like you’re playing an aperitif for the thing that’s really going to blow your mind and send the genre spinning. Maybe next time. 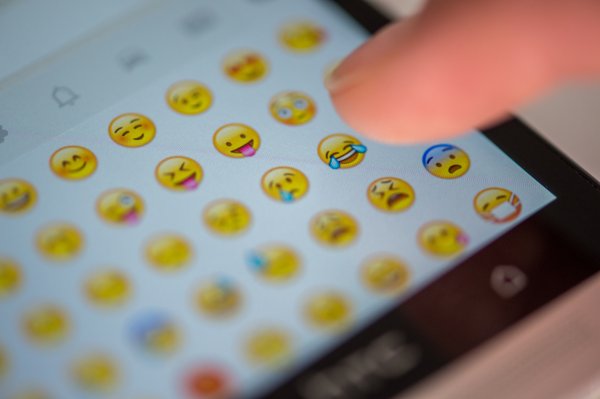 Meet the 63-Year-Old in Charge of Approving New Emojis
Next Up: Editor's Pick