Meet the Gay Iranian Poet Who Has Taken Refuge in an Unlikely Place: Israel

Payam Feili, a 30-year-old gay Iranian poet, never thought he would find himself living under the jurisdiction of ‘the little Satan’, as the Islamic Republic’s founding Supreme Leader Ayatollah Khomenei liked to refer to Israel. But sitting outside a bohemian cafe near the fashionable Rothschild Boulevard in Tel Aviv, Feili looks perfectly at ease. As he balances a cigarette between his long fingers, nails painted a deep blue to match a ring beset with a large turquoise stone on his hand, he explains that he is applying for asylum to stay because, exiled from Iran, he sees Israel as an “interesting, beautiful and amazing” place where he wants to continue his life. “For me, it’s not just another country,” he says, speaking softly in Farsi. “For me it’s like a fairytale place.”

Until two years ago, it was only Payam’s books, not the author, which travelled to forbidden places. Due to the censorship imposed by Iran’s Ministry of Culture and Islamic Guidance, only one of Payam’s works was approved for publication in his home country—the other eight have all had to be published abroad. Payam himself had never left Iran. “Actually, I didn’t live in Iran. I lived my life inside my room. That’s where life would happen,” he says, as he describes an apartment where he lived with his mother, and the room where he would host his friends, fellow writers and lovers.

As it is in much of the Middle East—though not in Israel—homosexuality is illegal in Iran, and consensual sex between two adult males can be punishable by death. But Payam says he refused to censor himself. “I am twenty one. I am a homosexual. I like the afternoon sun,” he writes in the opening lines of his novella I Will Grow, I Will Bear Fruit…Figs.

Payam has also long been interested in Israel, the “forbidden fruit” of a country—a trait that earned him additional suspicion at home. “There’s something very important about the Jewish people’s history. The Holocaust is why this country exists.” He was not scared of expressing such views even in interviews in Iran. “I used to say that if I could leave Iran I hoped to go to Israel,” he tells me, smiling. “I was stupid, really stupid! But don’t get me wrong—I love my stupidity! I would do it again. I have no regrets.”

The backlash from the Iranian state was inevitable. In 2014, Payam was captured and forced to spend 44 days shut inside a shipping container, blindfolded and interrogated by Iranian agents about his connections to Israel after signing a contract to publish a Hebrew translation of his book—his third such stint of detention. Already blacklisted as an author, Payam lost his job as an editor. His colleagues were also interrogated and threatened, while his friends stopped visiting him out of fear. After he was released, articles in the state media denounced him as an ‘Israeli spy’, while the the threats he received became more vicious. Payam realized he had to leave. “It was the moment I knew there was a huge threat on me—maybe they would hang me.”

Payam fled to Turkey in 2014, and in Istanbul, he met in person some of the Israelis he had been chatting with online for years. In an interview translated into Hebrew in 2015, Payam expressed his wish to visit Israel. This was followed an invitation by an Israeli friend to stage one of his books, and, through the Israelis, the country’s ministry of culture eventually helped Payam obtain a 3-month tourist visa—something normally impossible for Iranians.

Since arriving in Israel, Payam has become the darling of the local media—and a propaganda coup for the Israeli government. This has irked some critics who say that the writer is being deliberately used by right-wingers in the government to present a rosy image of the country, including the conservative culture minister Miri Regev. “Instead of getting the stage he certainly deserves as a gifted writer, he has become a display-window mannequin for the political agendas that made common cause to bring him here,” Iranian-born Israeli political activist Orly Noy, who has translated some of Payam’s work into Hebrew, wrote on Facebook.

But Payam seems nonchalant about the criticism. “I can’t say something about this because I’m not familiar with the internal political debates in Israel,” he says. “I see it as lucky for me, this invitation, and I’m grateful to the Israeli government. It’s not important for me from which political point of view [Regev] is coming from. If it’s good for me, then it’s good for me.”

A statement from culture minister Miri Regev’s office said that obtaining a visa for Payam to enter the country was not exceptional. Regev “is willing to help anyone who is a foreign resident who has a contribution to the Israeli culture and sport in Israel and around the world. The minister acted on behalf of foreign residents from different countries,” taking into account “only the degree of their contribution to the country, regardless of their level of popularity.”

Tel Aviv has a thriving LGBT community and the city holds the biggest Gay Pride parade in the Middle East. But though gay rights are light years ahead of the rest of the Middle East, gay marriage is still illegal in Israel, and during last year’s Gay Pride parade in Jerusalem, teenage activist Shira Banki was stabbed to death by an Ultra-Orthodox man, who also injured six others. Tel Aviv law professor Aeyal Gross warns of the so-called ‘pink-washing’ in the Israeli political sphere—“the way in which supporting LGBT rights gives a liberal aura to conservative Israeli politicians supporting the denial of the rights of others, such as Palestinians and asylum seekers.”

Read More: The Next War Between Israel and Hamas May Be Fought Underground

Now, with his three months almost up, Payam is applying for permanent asylum in the country—a move that won’t be easy. Despite hosting tens of thousands of asylum seekers fleeing persecution in Eritrea, Sudan and elsewhere, less than one percent have been granted refugee status by the state, notes Anat Ben Dor of the Refugee Rights Clinic in Tel Aviv University. Last year, this amounted to just two asylum seekers.

“Payam’s is a very extreme case,” says Hagai Kalai, Payam’s lawyer. “Iran is clearly prosecuting gay people. Technically, there is no possibility to deport him, as there’s no connection between Israel and Iran, and Turkey is unlikely to take him back.” On Tuesday, the interior ministry granted Payam an eight-month extension on his tourist visa.

For Payam, Israel reminds him of Iran in some respects. “Everything is similar but you can’t see it—it’s in the music, in the art, the dancing,…the gay bars,” he laughs, adding that, of course, in Iran they’re secret—a major difference. At the same, it’s “not an easy country,” he admits. “It’s very expensive, and there’s the terror”. On a recent trip to Jerusalem, Payam says he was uneasy. “I felt this heavy energy from the people, like they’re afraid of each other, afraid of the city, all tense and dark.”

He pauses. “One day, I will write about it.” 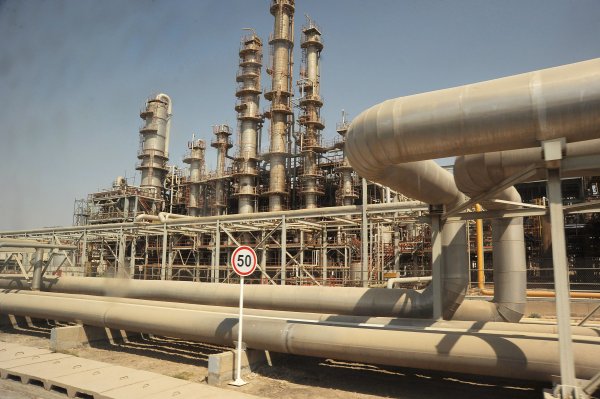 Why Iran's Election Could Help The Oil Industry
Next Up: Editor's Pick