Though we ought to be used to the idea of women reporting from war zones—Christiane Amanpour and Lara Logan are the two names nearly everyone knows, at least from the realm of TV—the old notions of “war is no place for a woman” cling stubbornly. Actually, war is no place for anybody, which is one of the ideas nailed by the zig-zagging, high-spirited Whiskey Tango Foxtrot. Directed by Glenn Ficarra and John Requa (writers of the curmudgeonly Christmas masterpiece Bad Santa), Whiskey Tango Foxtrot is a fictionalized version of former Chicago Tribune journalist Kim Barker’s 2011 memoir The Taliban Shuffle, an account of the time she spent in Afghanistan and Pakistan from 2004 to 2009. In Foxtrot, Barker has been transformed into a broadcast journalist named Kim Baker, and she’s played by superstar comic Tina Fey. But let’s not confuse a movie’s adherence to facts with the sidelong truths it reveals: Whiskey Tango Foxtrot captures the texture of one person’s experience in a place where she knows she shouldn’t be, and helps us understand why she fears she’ll never want to be anyplace else.

When Fey’s Kim first arrives in Kabul—she’s a lowly writer of news copy who volunteers for the gig to shake up her staid life—she gets everything wrong: She’s outfitted herself with a “military grade” sporting-goods-store backpack that just happens to be bright, “Shoot me now!” orange. The Marine colonel in charge of the unit in which she’s been embedded, Hollanek (a marvelously taciturn Billy Bob Thornton), will have none of it: He tosses her a roll of camouflage-patterned duct tape and orders her to cover the damn thing. She becomes close with her shy, astute Afghan translator, Fahim (Christopher Abbot). More than once she also needlessly endangers him, and others around her, by taking thoughtless risks. Kim tries to be sensitive, but she still ends up being the ugly American leaving her big, clumsy footprints all over someone else’s culture. Her experience is a model of what it means to learn as you go. You can say that as a journalist, she should know better—but the best writers teach us the most by letting us tag along as they figure things out.

Fey’s Kim is also, of course, a woman finding her way in an Islamic culture whose strictures have been tightened even further by Taliban rule. She knows better than to go out without a headscarf, and dons a burka—in the same universal blue worn by all the women—when her guides lead her out of Kabul and deeper into more conservative (and more dangerous) territory. Even then, she overestimates how much the garment can protect her, at one point striding into a men-only zone and igniting a near-deadly scuffle.

But as a woman, she also learns certain things the men can’t. Hollanek, whose men have been charged with helping the Afghans but end up doing more harm than good, expresses frustration that the wells he’s been digging, as a service to the townsfolk, keep getting blown up. Kim finds out why, because only she is allowed into the inner circle of the local women—she’s beckoned almost seductively into an impromptu meeting in a local house, and Ficarra, Requa and cinematographer Xavier Grobet shoot the scene in a gorgeously poetic way. Even westerners who see the burka as a symbol of oppression can’t really know, just by looking, how the women who wear it—by choice or otherwise—feel about it. Ficarra and Requa don’t presume to know, either; what they do understand is that this garment can have multiple meanings for the human beings cloaked inside. And so they hint at the details of this women-only confab from a respectful distance, lending it a muted, mysterious beauty.

Beyond that, Whiskey Tango Foxtrot is just boldly entertaining. Margot Robbie plays Kim’s game, hard-partying bestie, Martin Freeman is the rascally freelance photographer she sleeps with against her better judgment, Alfred Molina is the high-ranking Afghan government official who salaciously tries to lure her into bed. All are wonderful, and Fey is terrific too: Her timing has always been superb, but lately, she’s settled into a kind of autopilot precision. Here, playing not just against other actors but also against gunshots and explosions, she can’t rely on shtick—her way with a line is still firecracker sharp, but she shows a new, surprising softness too.

By now you may be asking, Should a movie about reporting from such a deeply troubled country really be this entertaining? Whiskey Tango Foxtrot does smooth the corners of the thorny Afghanistan problem. (Barker’s book, for all its larkish black humor, paints a more desolate picture.) And you could question whether it’s right that Western journalists, as unwanted guests in a country that forbids such things, should spend so much time hooking up and partying—Whiskey Tango Foxtrot shows plenty of that. But when Fey’s Kim finally realizes how hard she’s fallen for this dusty, despairing country—and how hooked she’s gotten on the adrenaline kick of being there—the sly complexity of Whiskey Tango Foxtrot slips into focus. Too bad the title Enemies: A Love Story is already taken. That would have been perfect. 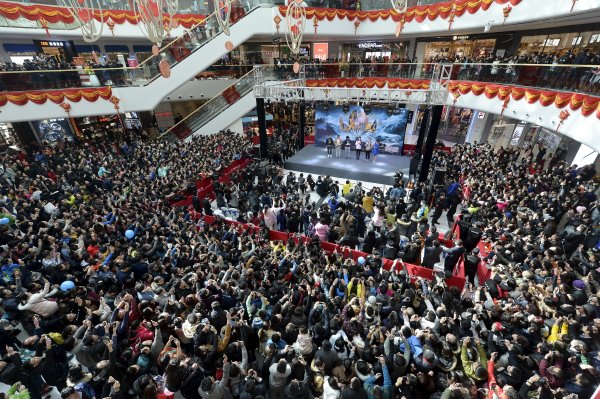